If you enjoyed watching the crazy relationship between Tom & Jerry, you're going to love Michael Peña and Chloe Grace Moretz in the new film. 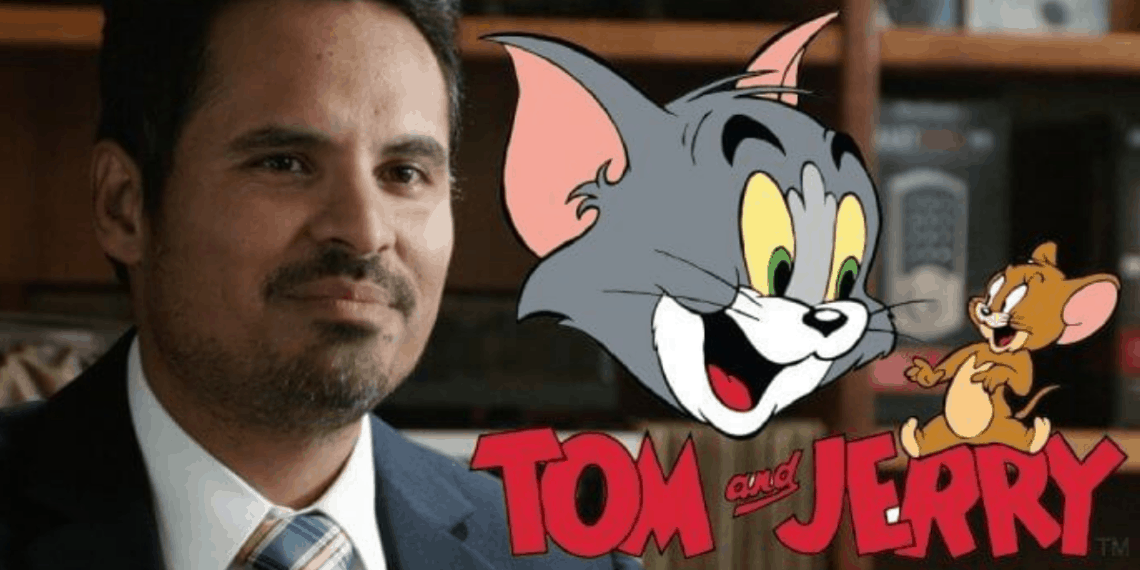 Tom & Jerry is probably one of the most famous cartoons of all time in the western world, beloved by many people who watched episodes every Saturday morning. Viewers loved their crazy antics and relationship and enjoyed the slapstick humor. Fans were able to relive their nostalgia as a live-action/computer-animated comedy film of Tom & Jerry was released in February 2021. This film features Michael Peña and Chlöe Grace Moretz as the leading characters and is set in a hotel sometime after the cat and mouse parted ways in the original home.

Peña and Moretz starred as hilarious hotel workers and had their own Tom & Jerry “frenemies” interactions.

Who Is Michael Peña?

Michael Peña is a 45-year-old American actor with an extensive filmography portfolio that covers practically every genre and character type. Peña shines on screen, regardless of whether it is a dark drama or lighthearted comedy. He is a rare actor who can easily cross into drastically different roles. Since he has been featured in so many movies and shows that nearly everyone should recognize his face.

The talented actor had his breakthrough role in 2004. It was when he appeared in two Best Picture Oscar-winning movies in one year: Million Dollar Baby and Crash. He received notable praise from critics for his stellar emotional performance in the latter film. This was the role that helped propel him into the spotlight.

Peña starred in various films, like The Shield, World Trade Center, Ant-Man, and César Chávez. He has also worked alongside top actors like Paul Rudd, Brad Pitt, and Jake Gyllenhaal. Acting alongside such talent, he managed to keep up with their skill and grab viewer’s attention. His talent is superb–producers and writers constantly want to work with him because he has such range and can pull off any character or personality type.

He continually receives praise for his skills and has earned many nominations for awards. Some of these accolades include the Independent Spirit Award for Best Supporting Male or the ALMA Award for Outstanding Actor- Television.

Who Is Chlöe Grace Moretz?

Chlöe Grace Moretz is a 24-year-old American actress. She has been successfully active in the film industry since she was seven years old. With her strong performances, she quickly gained widespread recognition early on, despite her young age.

She had been featured in a few films before becoming more well-known due to various supernatural horror films like The Amityville Horror and The Eye, the former of which she even received a Young Artist Award nomination.

Moretz rose in popularity and became a household name after she starred in the 2010 film Kick-Ass, where she portrayed a spunky superhero while only 13-years-old. She’s best known for her work in Carrie, If I Stay, and The 5th Wave.

Although some of these films weren’t successful or highly rated, viewers and critics always praised her for her stellar performances. Moretz puts great effort into every role, managing to bring the characters to life, even when the writing and storytelling are lacking. She has also done voice acting for Red Shoes and the Seven Dwarfs, and The Addams Family.

How Peña and Moretz Enjoyed Working Together

Peña and Moretz have had only good things to say about each other as co-stars. They both enjoyed working together and had a lot of fun filming the Tom & Jerry movie. Their own upbeat personalities could shine through the screen and gave the characters a little more depth and excitement.

The two played hotel workers with a bit of a strained relationship, much like the cat and mouse cartoon. Their characters parallelled Tom & Jerry, effectively showcasing the nemeses as humans alongside the original animated animals.

The talented actors became the new Tom & Jerry in the film but are real friends off-screen. Peña expressed his appreciation for Moretz’s skill, stating that her strong acting indicated how long she has been in the industry. Despite her young age, she was always professional, energetic, and prepared.

Just like other critics, Peña constantly praises her range and ability to embody various characters. Moretz felt the same way about her colleague during filming, explaining that his fun personality made work enjoyable and straightforward.

Fans of the beloved cat and mouse cartoon can once again watch them fight on-screen and laugh at the outdated slapstick comedy that is reminiscent of the end of the 20th century. Peña and Moretz give solid performances and did a great job at bringing a favorite duo back to life.

If you have missed watching your childhood cartoon shows on the weekends, you can go and see Michael Peña and Chlöe Grace Moretz as the new Tom & Jerry movie plays in theaters near you. We loved their performance together and can’t wait to see what they’ll star in next. Hopefully, they can work on a project together again in the future!

5 Reasons You Need To See Retta Doing Her Stand-Up