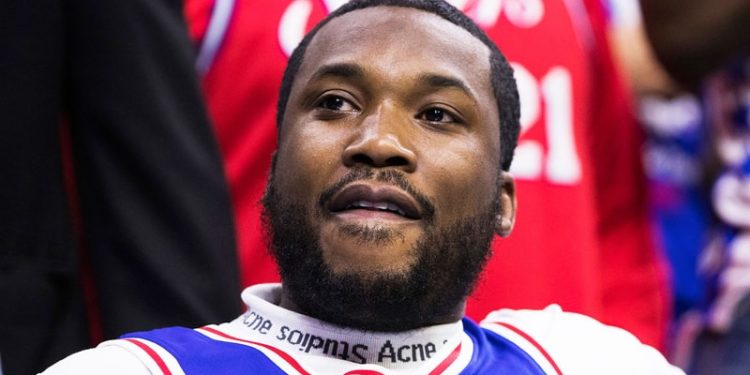 Robert Rihmeek Williams (born May 6, 1987), professionally known as Meek Mill, is a well known American rapper and songwriter. Raised in Philadelphia, Mill had a rough childhood. He is the son of Kathy Williams and has an older sister, Nasheema Williams. Kathy grew up in poverty, and her mother died when she was young. Mill’s father was killed when Meek was five years old. His uncle, Robert, described Meek Mill’s father as a "black sheep of the family."

After her husband’s death, Kathy moved with Meek and his sister to North Philadelphia, where they lived in a three-bedroom apartment on Berks Street. Their financial condition was poor, and she started cutting hair, shoplifting and doing other odd jobs, some of which were "semi-legal," to support the family.

Meek Mill eventually became acquainted with another one of his father’s brothers, who went by the MC name "Grandmaster Mel," embarked on his music career as a battle rapper, and later formed a short-lived rap group, The Bloodhoundz. In 2008, Atlanta-based rapper T.I. signed Meek Mill to his first record deal.

TROUBLE WITH THE LAW

In November 2017, Mill was sentenced to 2 to 4 years in prison for violating parole and served five months at the State Correctional Institution in Chester in Chester, Pennsylvania, before being released while his trial continues. A Philadelphia court ruled that Meek could go free after it was revealed the officer who arrested him back in 2007 was on a secret DA’s list of allegedly corrupt cops. The dramatic move comes after public outcry over the arrest, which attracted many celebrities including Jay-Z and Kevin Hart.

In a statement to Page Six from the rapper’s lawyer Joe Tacopina, Meek said:

“I’d like to thank God, my family, my friends, my attorneys, my team at Roc Nation including Jay Z, Desiree Perez, my good friend Michael Rubin, my fans, The Pennsylvania Supreme Court and all my public advocates for their love, support, and encouragement during this difficult time. While the past five months have been a nightmare, the prayers, visits, calls, letters, and rallies have helped me stay positive. To the Philadelphia District Attorney’s office, I’m grateful for your commitment to justice – not only for my case but for others that have been wrongfully jailed due to police misconduct. Although I’m blessed to have the resources to fight this unjust situation, I understand that many people of color across the country don’t have that luxury and I plan to use my platform to shine a light on those issues. In the meantime, I plan to work closely with my legal team to overturn this unjust conviction and look forward to reuniting with my family and resuming my music career.”

The Pennsylvania Supreme Court freed Meek even though the judge in his case, Genece Brinkley, had refused to grant him bail. The Supreme Court overturned Brinkley’s ruling and allowed Meek Mill immediate bail.

Meek Mill celebrated his home release by attending an NBA game. He traveled in on a helicopter from the Pennsylvania prison to Philadelphia, where he attended a 76ers playoff. Mill rang the ceremonial bell before tip-off.

Mill was even greeted by Comedian Kevin Hart in the locker rooms after the game was over, where he could finally enjoy being a free man.