Learn more about the causes and symptoms of lung cancer. 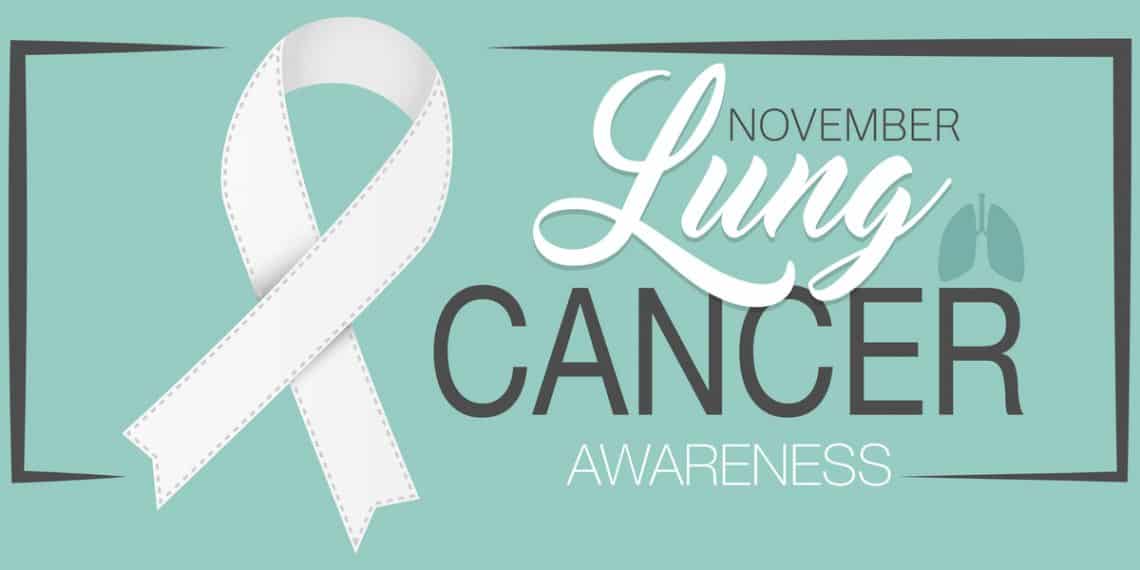 It is interesting to note that lung cancer was relatively rare in the 20th century. This makes us wonder why it has become such a raging concern today. Increased smoking is one of the critical factors that has led to more numbers of lung cancer cases. Today, this, along with breast cancer, has become the most common type of cancer globally.

The good news is that lung cancer caused by smoking is preventable. It is imperative that we promote raised awareness amongst the public.

Over the last decade, a lot of research has been done on lung cancer that has helped foster more awareness about this disease. Some of the major institutions that have contributed immensely towards the cause of lung cancer include the American College of Chest Physicians (CHEST), Forum of International Respiratory Societies (FIRS), and International Association for the Study of Lung Cancer (IASLC).

Celebrated in November, lung cancer awareness month aims to inspire, support, and direct lung cancer patients. This year, the theme of World Lung Cancer Day 2020 is ‘I can and I will.’

Smoking contributes to a whopping 80% of lung cancer cases and 90% are men. A smoker has a 24 to 36 times higher risk of getting the disease, compared to a non-smoker. Here is a list of some other common causes of lung disease.

Even if you are a passive smoker, you are at risk. It is important to note that women at home are often continuous passive smokers, making them highly vulnerable to lung cancer.

If you are exposed to harmful substances such as radon, arsenic, cadmium, chromium, nickel, or uranium, you stand a higher chance of getting lung disease. Some petroleum products are also harmful in this regard.

Do you have a first-degree relative who has lung cancer? Well, you should be more careful since you stand double the risk of being affected. Studies have proven that genetic history is an instrumental factor in determining the chances of getting the disease.

Genetic mutations can also trigger the disease. This is even more likely if the person concerned has the habit of smoking. Being exposed to carcinogens also makes it highly risky.

Recurrence of respiratory diseases such as pneumonia or bronchitis may be a symptom of the disease. Other common symptoms are:

With increased awareness, lung cancer can be curbed to a considerable extent, since it is often a preventable disease. By limiting our exposure to smoking and industrial hazards, we can help to ensure safety against the disease. Smokers need to realize that they are not only jeopardizing their health but also putting the health of others at stake.

What’s even more alarming is that the COVID-19 pandemic witnessed a rise in cigarette consumption. This can be attributed to stress, loss of jobs, and boredom. Many reputable institutions have joined the fight against cancer by promoting non-smoking, quitting tobacco, and a healthier environment. We should caution the smokers around us about the ill-effects of tobacco consumption.

If you know someone is trying to quit smoking, motivate them with the motto, “I can and I will.” Let us envision a world together where humankind can flourish without being threatened by the deadly disease!

Flattering Jeans at All Price Points