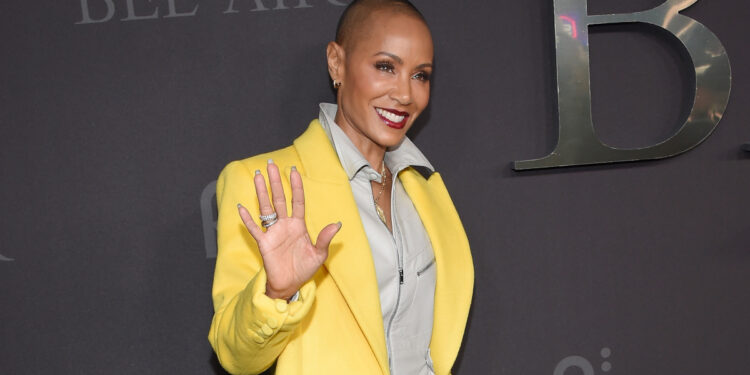 Jada Pinkett Smith movies are always incredibly fun to watch. Whether she is acting, voice acting, or producing she brings a lot of talent to every project she is involved in. Jada Pinkett Smith is an incredibly skilled actress. She was born on the 18th of September in the year 1971. She is married to a well-known actor, Will Smith, and together they have two children. Their children are Jaden and Willow Smith.

Jada began her successful acting career in 1990. She is currently known for hosting a talk show with some of her family members called Red Table Talk. But what are some of her best movies? What was her best comedic role or her best dramatic role? What’s the best movie she voice acted in? Learn all of that and more below. Here is a list of the best Jada Pinkett Smith movies organized by category in no particular order.

Jada Pinkett Smith did a fantastic job of bringing Gloria to life. There were three Madagascar movies, and 2 shorts focused on the characters. However, the original film, Madagascar, from 2005, is one of the best Jada Pinkett Smith movies out there. It is also one of her only voice-acting roles.

In the science fiction and action category of Jada Pinkett Smith movies, The Matrix Reloaded takes the cake. This is the first sequel film to the beloved film, The Matrix. In this movie and the following sequels, Jada Pinkett Smith plays a character named Niobe. Niobe is a supporting character, but a memorable one. She is the captain and pilot for the Logos which is a Zion hovercraft. Years later she is also the general of the human forces.

While this is definitely less fun and more serious than some other Jada Pinkett Smith movies, it is just as entertaining. In 2004, Jada Pinkett Smith even received an award for this supporting role. She was given the NAACP Image Award for her performance as Niobe.

Speaking of more serious Jada Pinkett Smith movies, Set It Off is probably her best dramatic role to date. This is a crime-heist action movie about four black women. The lead character convinces her three friends (including Jada Pinkett Smith’s character) to rob a bank together. This movie was R-rated. It was also incredibly well received by critics. While the basic plot of the movie is filled with classic action tropes, it had a lot to offer that set it apart from other movies in this genre.

In the feel-good category of top-tier Jada Pinkett Smith movies, Girl’s Trip will always win. It is honestly the perfect summer comedy. This movie focuses on a group of four friends that calls themselves the Flossy Posse. The group has grown apart over the years but they decide to go on a girl’s trip to reconnect. In this movie, Jada Pinkett Smith plays a character named Lisa. She is a divorced single mother who works as a nurse. Lisa is a bit uptight and does not date.

If you’re looking for a fun movie about a friend group, this is it. Plus, going on a girl’s trip with your friends is a fantastic way to bond with a friend group. This being one of the silliest and simultaneously most heartwarming Jada Pinkett Smith movies, proves that.

Jada Pinkett Smith has worked as a producer since 1998. She clearly has a strong passion for it. One of the more recent Jada Pinkett Smith movies that she was a producer on was titled, King Richard. This was a dramatic biopic that starred Jada’s husband, Will Smith. This movie was all about the sporty father, Richard Williams who fought hard for his daughters to become sports legends. Richard Williams is the real-life father of famous American tennis player, Serena Williams.

Jada Pinkett Smith movies come in all shapes and sizes. She is a very talented actress with a lot of range. On this list alone it is clear she is a talented voice actor, comedic actor, dramatic actor, and even a talented producer. In front of the camera or behind it, her talent is obvious. No matter what role in production she has, Jada Pinkett Smith’s movies are always a great watch.