Is Your Bc Making You Cry? 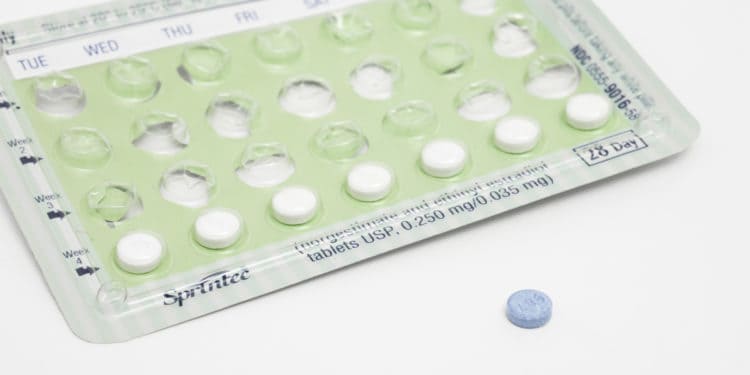 There have always been rumors that hormonal birth control can cause depression, but no one really talks about it. NYgal is here to show you your options and see what science has to say about the issue.

Birth control, as the name states, is primarily used to prevent pregnancy. However, it is also commonly prescribed by doctors to treat hormone imbalances and reduce symptoms of issues like endometriosis and adenomyosis.

As we’re sure you know, there are a plethora of different options.

This article will be touching primarily on hormonal methods such as the pill, patch, intrauterine devices, implants and the ring.

Naturally, the specific ebb and flow of estrogen and progesterone levels cause ovulation- where the egg is released from the ovaries- and thus, pregnancy becomes possible. When you’re on hormonal birth control, the medication is manipulating hormone levels, prohibiting ovulation. No egg equals no baby.

NYgals love to have options. Here are six common methods of hormonal birth control and some brief information about each. They’re listed in order of proven effectiveness.

1. Intrauterine Device
Called an "IUD" for short, this thin, t-shaped piece of plastic gets inserted into your uterus by your doctor. It controls the release of synthetic progesterone and depending on the type you get, protection can last from 3 to 6 years.

There is also one non-hormonal option that’s worth mentioning if an IUD is of interest to you but you don’t want to deal with the effects of the hormones. It’s called Paraguard. Many users report that their periods become really light or even stop when using any form of IUD. How awesome is that? 2. Implant
It’s not as scary as it sounds and is tied for first place in terms of efficacy. The implant is a teeny-tiny rod that’s placed under the skin in your upper arm. It too releases hormones that prevent the egg from being released. It can prevent pregnancy for up to four years- and you won’t even know it’s there.

3. Injection
Once you get it, you’re covered for a full three months. Not recommended if you have a fear of needles since you’ll have to get a shot four times a year, but it is a solid option.

4. Ring
Not too many people know about this one. The ring, which reminds us of those 1980’s jelly bracelets, gets inserted into your vagina for three weeks. At the beginning of the fourth week, you’ll take the ring out and have your period. You can also choose to skip your period by inserting a new ring, which is totally safe.

5. Patch
A small, nondescript square of plastic containing hormones that you stick on your body…sounds fun! If you like the idea of the pill but don’t want to remember to take something every day at the same time, the patch may be a good alternative for you. It only needs changing once per week!

6. Pill
Perhaps one of the most common methods, the pill is 91% effective with typical use. There are a variety of different pills on the market, each with slightly different synthetic hormone combinations. Each pack comes with three weeks of hormone-based pills.

On the fourth week, you’ll either take the placebo pills or take a week off, depending on your brand. This is when you’ll have your period. On the pill, you will probably have a lighter and shorter period than you normally would with less unsavory side effects.

This is why doctors will often prescribe the pill to those with hormone imbalances or other gynecologic issues like endometriosis and adenomyosis.

One of the side effects listed for hormonal birth control is depression, and given that sex hormones affect the brain and nervous system, this makes logical sense. Let’s see what science has to say about this.

A recent study published in the Journal of American Medical Association Psychiatry really digs into researching the correlation between depression and hormonal birth control.

There was a 14-year study that took place in Denmark beginning in 2000. Over 1 million females between the ages of 15 and 34 were grouped depending on the type of birth control they were using. The scientists tracked the participants through time and then compared them to a group of non-hormonal contraceptive users as a control group.

They then came up with percentages representing the risk of being prescribed an antidepressant after the use of the following methods of birth control when compared to the non-user group:

The most vulnerable to the mood changing effects of these hormones were adolescents. Their risk of being prescribed an antidepressant while on a combined pill was 80% higher than those who didn’t take it. So there is certainly a correlation between depression and hormonal birth control, but that’s not to say that those who have depression or a predisposition to it should not take hormones.

It simply means being aware of the risks and having a conversation with your doctor or pharmacist. One of the beauties of modern reproductive medicine is that you have numerous options to choose from: several of which are not hormonal in nature.

With so many people using birth control worldwide, it’s a shocker that scientists are just now coming out with definitive research. A great resource on all-things birth control is Besider.org.

Please contact your doctor before starting hormonal birth control and if you have any questions. They’re there to help, and we should let them.