Is Vaping Still Cool? And will Banning Vapes Help? 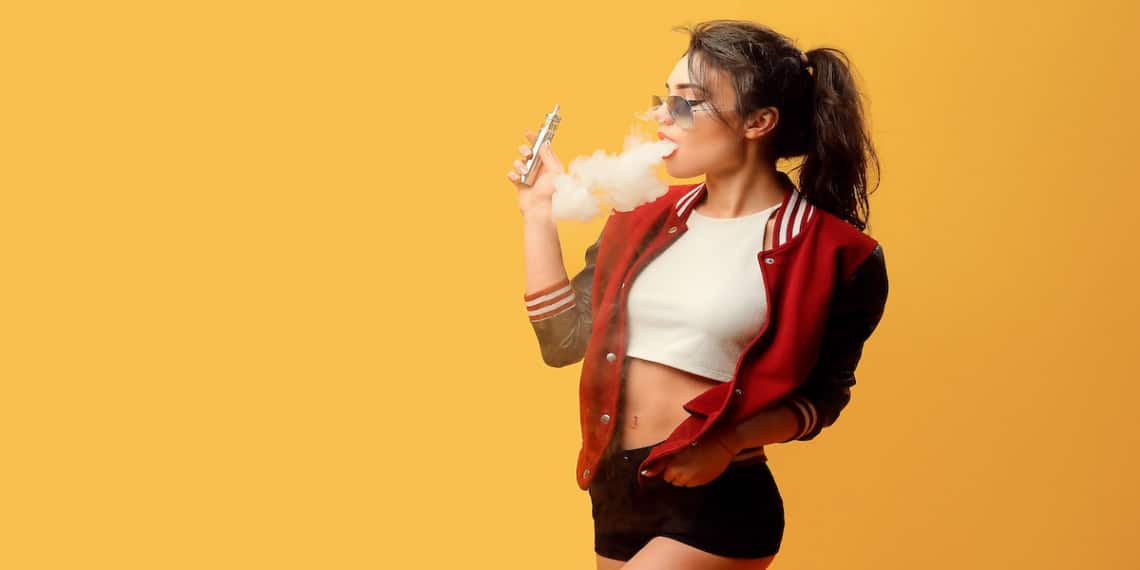 While many people may have strong affirmations on whether they agree with vaping or not, the general public remains split. After the numerous hospitalizations of teenagers starting last summer due to vaping, regulation around it tightened, while conversation spread. The possibility of banning vaping became popularized after last years outbreak. Now we are all wondering, is vaping still cool?

Cigarette use by teens declining until e-cigarettes came around a few years ago. According to New York Magazine the popularity of vaping was spread, in part, by a study from Public Health England which falsely claimed e-cigarettes were 95% safer than regular cigarettes. Though vaping does have benefits over smoking, such as the lack of tar, e-cigarettes may still be bad for you. Regardless of the reason for the popularity of e-cigarettes, they caused 2,711 reported cases of lung issues last year with 60 deaths. Notably, many of these injuries were cause from black market vape purchases, not through buying cartridges at a legal dispensary.

The Fall of Juul

Vaping Crackdown Costs Juul Investor More than $8bn claims the title of an article in BBC news. Juul is known for being one of the most prominent e-cigarette companies, which has pioneered vaping in teens while making a huge profit. After the endemic of lung problems in teens last year, the FDA cracked down on e-cigarette companies, especially Juul. These restrictions included the banning of flavored cartridges for all e-cigarette companies, while Juul faces legal investigations from the government for its targeted marketing towards teens.

While it is unclear if Juul is #Cancelled, it certainly sparked debate over the use of e-cigarettes.

Furthermore, most of the discussion around banning vapes centers on those with nicotine. There has been some commentary on THC vapes. Said discussion mainly focussing on the illegally sold cartridges that were cut with other chemicals. But this discussion largely excludes the medicinal benefits of both THC and CBD. Both have proven medical benefits, and vaping provides easy access to said benefits. To check out some of the reasons to try CBD check out our article here.

While the ban of flavored e-cigarettes has been highly controversial, there’s also discussion on banning all e-cigs. This potential raises question as to whether an all out ban would make people more likely to use them. A ban has the potential to be prohibition a century later, but with nicotine instead of alcohol. Bans on e-cigarettes also remain highly controversial, because it lives regular cigarettes entirely legal. Does the banning of vaping infringe on individual rights?

Many of the side effects of vaping are still largely unknown. Is nicotine addiction worse? Are vapes the first step to quit smoking? Will a ban cause an increase in vaping? These questions will remain unanswered until there are more studies on the effects of e-cigarettes.

Whatever the scientific side effects may be, the social ones are extreme. People online compare vaping to all kinds of more dangerous drugs, such as alcohol which is completely legal. Public opinion remains split for now in the world of vaping. But one thing is for sure, vapes remain prominent in the public eye, and even if they are banned, they’re not going away soon.

How To Prepare Yourself For A Calisthenics Workout