Is Polyamory as complicated as it sounds? 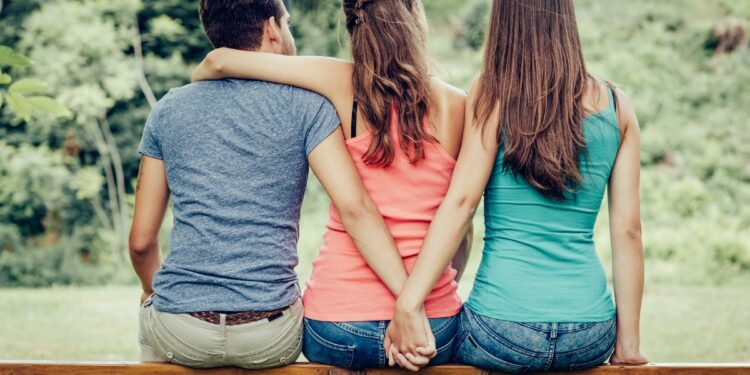 Polyamory is a term that is being tossed around quite a lot these days. But what exactly does it mean? Does it mean getting intimate with multiple people? Or is it just about fun? It surely isn’t monogamy, and the same isn’t always the norm in the twenty-first century. Although open relationships, swinging, and polyamory were historically deemed taboo subjects, that is no longer the case. It’s not commonplace to see people in various forms of non-monogamous partnerships nowadays.

For beginners, polyamory, in simple terms, is a kind of relationship where all individuals have their partners’ consent to engage with others, even if they choose to stay in only one relationship. Apart from that, you can be polyamorous even if you are not actively dating someone.

It sounds simple now, doesn’t it? Yes! But it is a bit intricate as well. But before delving deeper into the topic, it might hit you that if this is what polyamory is, then what is the difference between it and an open relationship? Read along.

Difference between Polyamory and Polygamy

Polygamy, unlike polyamory, has religious and traditional foundations, and often bears traces of patriarchy. In simple terms, polygamy is the act of being married to multiple partners. While both terms are gender-neutral, the former particularly refers to the institution of marriage. While the latter includes a spectrum of intimate relationships ranging from dating to marriage.

Difference between Polyamory and an Open Relationship

Open relationships occur when partners in a relationship consent to have other, external relationships that may look different based on the circumstances. A couple may decide that each partner is free to date other people, or they may simply agree to have casual sex with people who are not in their relationship. So, while polyamory falls under the banner of open relationships, the more formal phrase is ethical or consensual non-monogamy.

The Nitty-Gritty of Polyamory

In actuality, polyamory can take numerous forms. A polyamorous relationship can be one in which three or more approximately equal people are involved in a continual romantic and emotional relationship, either through living together or by dating. There are also couples in which one or both spouses have casual affairs.

In good conditions, this type of connection necessitates a great deal of negotiation and discussion to avoid anyone being emotionally hurt. Sensible polyamorous couples frequently have rules and agreements in place from the start.

There are also hierarchical polyamorous relationships where people tag their partners as “primary,” “secondary,” and so on. The ones with the “primary” tag receive more importance than the others, while, as the name suggests, the ones tagged with “secondary,” are the partners whose needs come after the needs of the “primary” partner. Such terms are frequently used by previously monogamous couples who wish to explore polyamory but want to protect their position a little more if they share a home, children, or bank accounts. According to the experts, this may include anyone just residing with their “primary” partner or the “primary” partner having the ability to “say no” to any lovers their spouse has.

Many people in polyamorous society find this concept problematic since they don’t want a relationship architecture to decide whose needs are satisfied and how, so many individuals define themselves as non-hierarchical and polyamorous, highlighting the fact that some polyamorous people do have hierarchical relationships.

Things to consider before being Polyamorous

There are many things that you should consider before delving into polyamory. Think hard about whether you would be comfortable sharing your partner with others or not. Other than that, if you are already in a relationship, think about whether your partner is open to this idea or not. You should also think about the things that motivate you towards being polyamorous. You should also think about the future, and how being polyamorous might affect you or your relationship. All in all, think about all of it before going into it, and if it is something that suits you, go ahead and enjoy! Make ground rules for certain things if you want, and then live the best moments of your life.

Celebrity Style Steals: From their own Beauty Brands