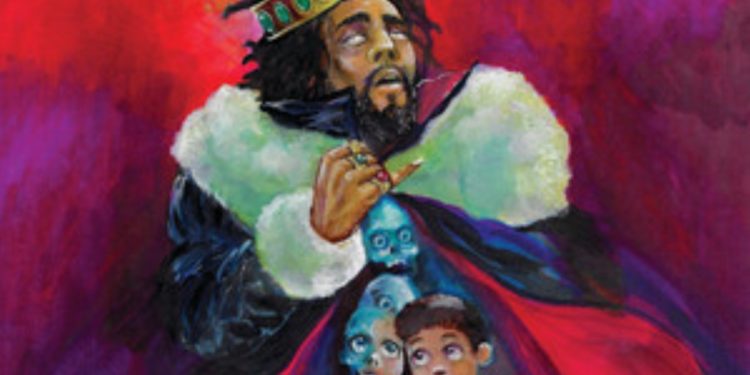 It’s been a minute since J. Cole dropped new music; fans were ready with memes and videos leading up to the new album, titled KOD. One of the funniest was a dude giving up his “thug,” 21 Savage lifestyle to put on a good shirt and khaki pants for J. Cole.

Most people thought this seven-track album would top the charts, but I’ve seen mixed reviews.

If I said I was a fan of J. Cole, I’d be lying to you. Now, with that being said, I don’t think he’s trash, but his music doesn’t do it for me as it does for his fans. I wasn’t excited about his new album, but I was down to listen to it when I had some time. I honestly thought there would be a ton of people going crazy over it.

I was shocked to see so many people with negative opinions about his latest work. I mean I usually hear words such as woke and intelligent to describe Cole’s work. Let’s be clear no one’s calling him a dummy, but I’ve heard words like “trash” to describe this project, which is a bit much.

Kendrick has always been more of my cup of tea, but I never felt like anyone had to choose between the two. It’s just that I always that Kendrick has a message to share with his community that he executes well. Not only that, his own experiences are quite interesting and astonishing at that. Good Kid Mad City made me proud of him after listening, and I don’t know him.

Needless to say, I’ve never had that sort of connection with J. Coles music. His message always seems like a redundant after-school special that we already know and have already heard before. That’s not even to say his message isn’t good, it is. They’re just too mainstream, in my opinion.

After listening to this album I don’t think it’s trash, but I again I wasn’t moved. I thought his message about mental health was great and probably very therapeutic for him. I appreciated him sharing something so vulnerable. As a person that deals with anxiety and depression I felt him. The thing is, I didn’t connect to his message.

Kanye, Kendrick, and even Jay Z have addressed the mental state black men find themselves in, whether it’s suicidal thoughts, problems with depression and monogamy, or dealing with the loss of a loved one. It’s not that the rapper can’t bring up specific issues once they’ve been touched, but it’s about how it’s done that makes a difference.

The Grammy-nominated rapper also addressed cheating on his album. J. Cole is well known for being a rapper that lives a “normal” lifestyle. His private life is extremely private. The fact that he’s married was a leak, and I don’t think anyone knows what his children look like. He’s the type that does his job and goes home, but he addresses the difficulties rich men have when it comes to staying faithful.

Kevin’s Heart is a very cleverly titled name for his song that blatantly addresses infidelity. Jay Z did a whole album addressing these same issues. The song is appealing, because of the well-known situation with comedian Kevin Hart, and I honestly think this will be a song that he leads with when it comes to promoting his album.

Cole is talented, he’s not an idiot, and he does great things as a humanitarian. But the thing is, to me, his music is dry. Fans waited on him for years to drop an album and he delivers a message that’s nothing new or special.

But it seems as if all of his diehard fans loved this album and what it stands for. I’m not mad at it either, because he spreads a good word. It’s just that he comes off as that older sibling who tells you what’s right, even if you’ve heard it a million times.

Soul Together for a Good Cause