Covid-19 has disproportionately affected vulnerable populations across NYC, and ICE agents continue to ruthlessly arrest and detain amidst the pandemic. 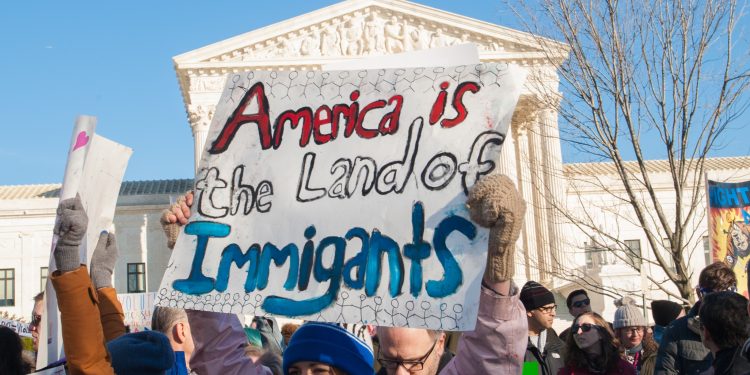 Numerous reports of ICE agents actively arresting and detaining people while Covid-19 raged on throughout New York City have increasingly come to light. According to the tracker on ICE’s own website, over 20,000 people are currently in custody, and over 1,000 of them have tested positive for Covid-19. That’s 5% of the detainee population.

While New York City is now in the fourth phase of reopening and the risk of contracting Covid-19 has gone down since the height of spring, ICE crackdowns have not slowed. In fact, more people are dying in ICE custody than they were in 2006. A majority of these deaths are linked to unsafe conditions in detention centers while Covid-19 sweeps through the US.

Lawyers, activists, and lawmakers have spent months calling for ICE to release all its detainees to protect them from the spread of the virus. A network of jails and detention centers packing people together are natural breeding grounds for illness. Just last year, ICE struggled to contain a mumps outbreak across its facilities.

Alas, their pleas all fell on deaf ears. ICE, under the instruction of Trump, has continued to ramp up its immigration enforcement practices. Early this year, a report was released charting ICE activity in NYC under the Trump regime. It found a 300% increase in the arrests of individuals with no criminal record across the entire metropolitan area. Many of these arrests are New Yorkers whose only crime is coming to this country illegally, but who have worked hard and created lives for themselves or their families here. They pay taxes, work hard, and contribute meaningfully to our society.

Additionally, the document highlighted the increase in illegal courthouse arrests. ICE agents have become notorious for hiding out at NYC courthouses and ambushing people when they come to serve as a witness on a trial, pay a traffic ticket, or any number of civil reasons. There have also been reports of ICE arresting people after they drop off their family members at JFK. These are inhumane and unethical tactics, to say the least.

After the Trump regime crippled the asylum system, the demographic of ICE detention centers began to change. The facilities in New York and New Jersey needed to be filled, and ICE turned to ramping up community patrols and arrests to get the job done. But that meant ICE agents were cracking down in communities most at risk for the virus–and where the virus was multiplying.

That’s NYC Council Member Carlos Menchaca tweeting in response to the mayor saying he doesn’t understand why Covid-19 cases continue to rise in Sunset Park, Brooklyn. Rep. Menchaca went on to blast the mayor and Department of Housing for not working with local community leaders to do safe outreach to the immigrant community in the neighborhood about the virus. Instead, ICE raids increased.

Both detainees in custody and ICE agents patrolling these centers have since tested positive for the virus. ICE does not have the ability to safely quarantine an entire facility, so when a positive case is discovered, an entire group of people that may have been exposed to the virus are quarantined along with the infected person.

As if this wasn’t horrible enough, quarantines destroy a detainee’s access to phone calls and, in effect, their lawyers (if they have one, as the immigration system does not grant unfettered access to representation the same way the criminal justice system does). In response to these abuses, hunger strikes have cropped up across ICE detention facilities.

In New York, new evidence has been uncovered into the increase in community raids across the boroughs. The New York Times released an email showing that ICE has launched Operation Palladium: aggressive surveillance tactics meant to arrest as many people as possible in retaliation for sanctuary cities’ anti-Trump stances. The mayor has referred to ICE as, “a wing of the Donald Trump campaign.”

Justice For Immigrants And An End To ICE

ICE operates with a terrifying amount of power, and are now emboldened by a xenophobic despot. It is clear they have worsened a pandemic, knowingly endangered lives by exposing people to the virus, and ravaged communities already under siege.

Join the call to end ICE by writing to your congressmen and women to support legislation that diminishes ICE’s power and cuts their astronomical funding. This is our taxpayer money going towards the construction and maintaining of these facilities. The National Immigrant Justice Center has a form you can send to your reps.

Phone scripts can be found here to help you think about what to say when calling your elected officials to make your voice heard. Support the Covid-19 Immigrant Family Protection Act to include immigrants in the relief bill which is still stalled in the Senate–write to your representatives, tweet, call, do whatever you can. Additionally, call on ICE to #FreeThemAll and release everyone held in their detention centers.

Our democracy is only as strong as we make it.