I Slept with My Ex and Here’s What Happened 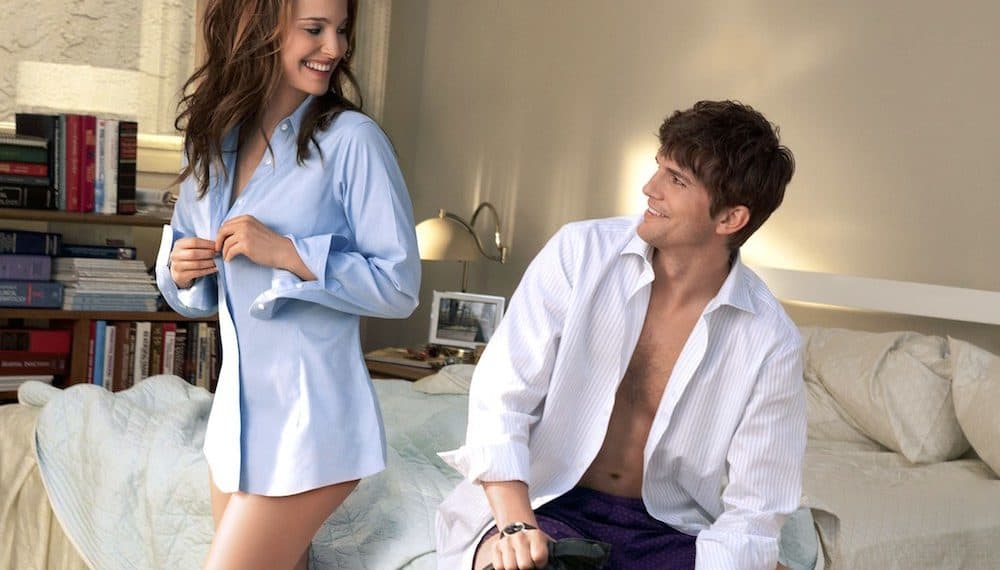 Ok, girls, so I broke my own rule: Never Sleep with Your Ex. I made this rule in high school after the toughest breakup of my life. This guy, let’s call him AJ, was my first love. My first…well, everything. He was older than me and was tall as well as handsome. He wasn’t too personable when you first met him, but falling in love with him over time was very easy. On the outside, it looked like a fairy-tale, which wasn’t perfect. There was a lot of high school drama, a lot of crying, but it was always passionate. He would write me love letters, sing songs to me, dance with me in the rain, and tell me how pretty I was, and I mean, what girl doesn’t like to hear that?

Two and a half years passed, and after he broke up with me on Thanksgiving, I spent months crying and sleeping with him. He was feeding me lies about possibly getting back together when he was actually seeing someone else. So as you can imagine, things got messy and my self-esteem dropped to negative zero. After allowing him to cheat on his new girlfriend with me in the Fall of my senior year of high school and telling me he loved me just to get me to spread my legs, I was done. I decided no man was worth this torture. Love shouldn’t be a game, however, it always is.

Let’s fast-forward to eight years later. I’m out of college and lived a very fulfilling, happy life for the most part. But, of course, everyone has their struggles. I’d just gotten out of a terribly toxic relationship, which I was extremely relieved to be out of, since it also made me feel very burnt-out. Because love is hard.

One night, I’m out with my friends all liquored-up on tequila sodas and I did the unthinkable. I facebook-messaged my ex from high school after not talking to him for eight years. Gasp. I know what you’re all thinking: Are you really that desperate? But actually, I had a good reason. Weeks before, his mother had reached out to me, since we had kept in touch throughout the years and she told me he was feeling sad and needed some prayers. If you knew her, you would understand that she is literally an angel on Earth, and so of course, to make her happy, I prayed for him as well as reached out to him. Should’ve done it sober, maybe? Well you know, shit happens, especially when you’re drunk on a Saturday night on the Lower East Side.

The conversation started with me explaining how his sweet mother reached out to me. Then, it quickly turned into us bonding over the fact that we both recently endured break-ups: mine of four years and his of eight, which had been on and off for a while. It quickly turned into him apologizing for being the absolute worst when we were in high school, and me agreeing with him, but then because I am such a gem of a person, eventually forgiving him.

Over the next month or so, we talked a few times a week. He was so curious about my life, asking me all about my college experiences and my life since moving from Boston to NY along with my experiences traveling abroad. He just wanted to know everything! I wasn’t used to this kind of attention. My ex didn’t care to know much about what I was doing or what I wanted in life and he didn’t really know who I was as a person, but it was great to reconnect with someone who knew my roots.

In December, we made plans to hang out when I was home for Christmas. My mother was at work, and I let her know he would be coming over to have some wine. She was fine with it, but my mom knows me too well and told me not to do the dirty in her house.

AJ pulled-up in the driveway. I was already drinking wine and listening to Taylor Swift, naturally. He came in and it was definitely weird. A total blast from the past. I was being myself, but he said I was so different than I used to be. It was true, but I’d never really had someone point that out before. Now that I was older, I was tougher and not as innocent and naive. I didn’t let people walk all over me. I was funny and confident, and at the time, feeling the post-breakup glo-up. A superb combination!

After an hour or so of conversation, laughing, and reliving memories, my mother texted that she was coming home, and he took that as a cue to sit next to me and say, I really need to kiss you and then he did. It was a drunk, silly, kiss, that made me feel a little light-headed, but that could’ve been the Rosé. No, I didn’t feel fireworks or a major spark, but it felt nice.

There was a futon, where there never was before, which he set up with blankets and pillows. He also lit a fire in the woodstove, while I sat and drank wine. If you know me, you know that a man doing anything stereotypically manly, such as building a fire or chopping some wood, is a way to get my heart going. As you can imagine, from the title of this story, we did the deed all night. It was fun to rediscover each other. He wasn’t 20 years old anymore and he knew what he was doing. The next morning, he made me breakfast and coffee, something I wasn’t used to.

Two weeks later, AJ traveled to Brooklyn for my birthday weekend. The night before my birthday party, we stayed in, drank some cabernet from the bougie wine store down the street from me, and talked for hours. Then the night after my party when we got back to my apartment, I planted myself on the couch, and he gently started to take off my heeled Kylie and Kendall boots, which were a bitch to get off. We went to bed, cuddled, and fell asleep. He left early to catch his bus and said goodbye with a gentle kiss as I was honestly sad to see him go. I hadn’t felt sad to see any man leave my bed in a long time. Usually, I was counting the seconds till I heard my door quietly shut so that I could get up and start my day.

Over the following weeks, we continued calling each other late at night, giggling and having phone-sex just like we did in high school and planning our next encounter. I felt like I was catching feelings for him, which was something I was definitely not looking to do. He said if we were in the same state, he’d try to rekindle things. I remained quiet about how I was feeling. Two months went by and he planned a St.Patty’s Day Party at his apartment in Portland. I told him if I came, he would have to decorate, which he actually did. Wow, a guy that actually listens!

Two nights before the party, AJ picked me up from the airport and brought me back to his apartment. He began rubbing my back, and said,

"When I came for your birthday, you didn’t let me touch you nicely, like this. You had a wall up". I realized he was slowly taking down my wall, brick by brick, and it made me uncomfortable.

I had it up to protect myself and I was used to having to be the strong one. He told me vulnerability was not a weakness, but a strength. There was a part of me I completely lost in my last relationship because I was trying to adapt to my partner. AJ, however, was making me crave the romance that I had so desperately missed.

The party was fun and exactly what I expected.

I ended up with no pants, just tights, and a tray of deli meat, so really, it felt just like high school again.

When AJ and I woke up, we had the best morning sex; my favorite kind of sex. Afterward, I sat on his lap and we hugged, caressed, sweetly kissed, and said goodbye.

We still talk. At times, he sends me a flirty message on Snapchat or I drunk text him sometimes. At the end of the day, it’s only pure friendship, since we grew up together, knew each other then, and know each other now. I helped him rediscover parts of himself as he helped me rediscover parts of myself, and for that, I couldn’t be more grateful.

What To Take Away From This Story: