How to Be a Boss B*tch in the Bedroom 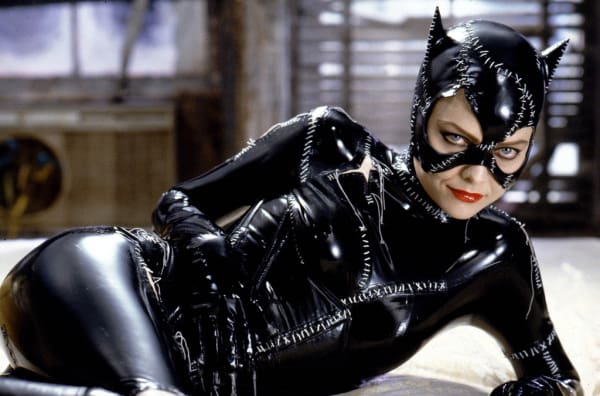 As women, usually our role is to be the submissive one, right? But, hello! It’s 2018 and the world is swarming with boss bitches, so it’s our duty to step it up! Not just in the workplace, but in the bedroom too.

Get Bossy With Him!

As women, we love to talk, and we’re usually pretty great at it. So, put this gift of gab into action and use your words to make him do what you want! Get bossy with him!

Talk to him like he’s absolute trash if that makes your motor run…or if you’re just having a bad day and need to take out your anger somewhere. He’ll live. He’s dealt with it before, I’m sure.

Or you could try some bossy commands. Sit. Stay. Good Boy. Let him be your puppy.

Just remember you’re strong, you’re hot, and you’re in control now. Hold onto that mentality and every word you say will have him responding with, Yes Ma’am.

You make the rules, so if he’s not listening, punish him. Remember he’s your puppy and bad dogs don’t get treats.

Punishment could be anything from a gentle spank to holding-out and making him beg for your glorious V.

You’ve been slaving away at work all week. You work hard! With that being said, don’t be giving anything away too easy. Make him work for that booty!

Don’t you dare settle for a quickie. Encourage him to tell you exactly what he wants and then use it against him- teasing him with what he’s craving.

Be sure to hold-out until he works his very hardest. He’ll be hating the torture of the teasing, but he’ll thank you after – when you both have the best O’s of your life.

Yes, you can talk the talk, but can you walk the walk?

In releasing your inner-dom, dominant positions are key. Riding cowgirl is the most obvious choice, but feel free to get creative!

Tie him up if he’s bad at staying still. Ties and scarves make excellent bondage if you’re not a super-dom with an abundance of handcuffs and ropes.

However, if he’s a good little boy and can keep his hands to himself, then maybe a dominant position is all that you need. Whatever you do, don’t let him act on animal instincts and start to take control.

Put on a Show!

If you’re a dramatic person like me, you might enjoy being the star and putting on a show. This could be anything from a lapdance to roleplay, to touching yourself and not letting him touch you. Oh, baby!

For the more timid girls, a costume might be all you need to make you dom-character come to life. Is your inner-dom into leather, lace, or something more untraditional? Sparkles and feathers? A Jessica Rabbit costume?

Seriously, feel free to go all out! Animals are always a fun inspiration! A lion, a rabbit, a cat. I mean, honestly, he’s a guy…no matter how you’re dressed, he’ll still be trying to get at that tail. So dress in whatever makes you feel like a boss bitch!