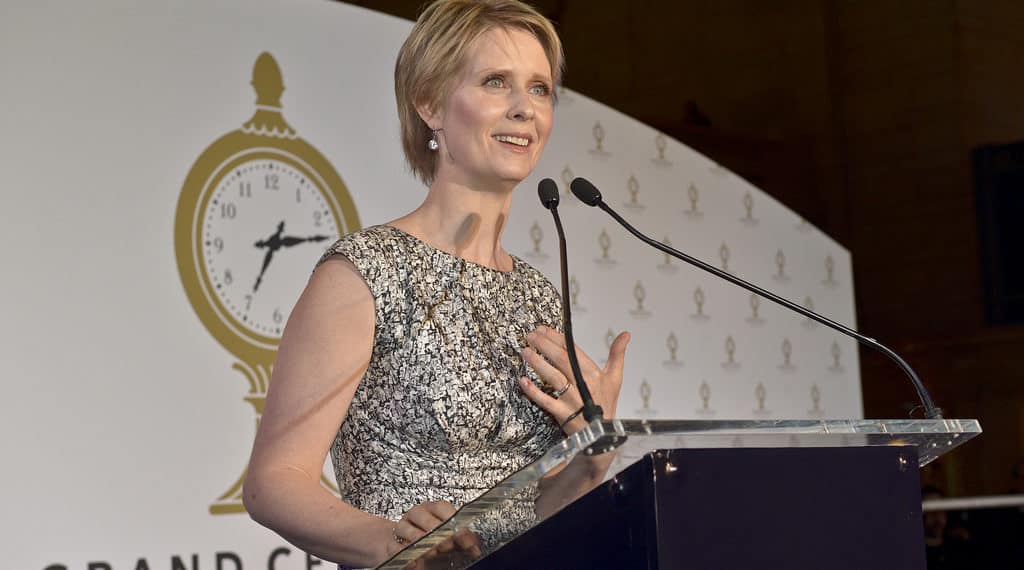 In a surprising twist of New York fate, it was recently announced that actor and activist Cynthia Nixon, best known for her iconic role as Miranda Hobbes in Sex and the City, has publicly announced her bid for New York State Governor.

Lately, Nixon has been opening up and explaining her plans for the state if she wins the race for office. Amazingly enough, something she holds as central to her campaign is going to make all of your 4/20 friendly friends really, really happy.

At the Cannabis Parade in Union Square this past weekend, Nixon expanded on her desire to make recreational marijuana use legal in the state of New York. She outlined that there would be huge benefits to low-income communities and minorities under her plan.

“Now that cannabis is exploding as an industry, we have to make sure that those communities that have been harmed and devastated by marijuana arrests get the first shot at this industry,” said Nixon to Forbes at the parade. “We [must] prioritize them in terms of licenses. It’s a form of reparations.”

Nixon’s statement defines new financial opportunities in the new and booming cannabis sector for those who have been discriminated against as well as those who face disadvantages, which also makes amends for the decades of strife and economic disparity.

Although medical marijuana has been legal in the state of New York since 2016, the laws pale in comparison to its counterparts on recreational use and equity. Massachusetts specifically implemented a state-wide equity program that provides assistance to those applying for a license and the various other necessary hurdles to overcome, while Oakland, California is amending drug-war injustices by allowing those with marijuana convictions to be the first to apply for licenses. Also, minorities are far more likely to be arrested for possession. The New York Police Department data shows that people of color accounted for a staggering 86 percent of marijuana-related arrests last year.

In addition to Nixon, four other New York Governor candidates were present at the Cannabis Parade. Although he has yet to endorse legalizing recreational marijuana use, incumbent Governor Andrew Cuomo has taken a lighter stance on the position throughout the recent weeks. Many believe it is in response to Nixon’s outspoken support. Even if Nixon does not win, she has opened up a dialogue regarding this taboo-like topic and a good high, which I truly doubt its effects will go away any time soon.