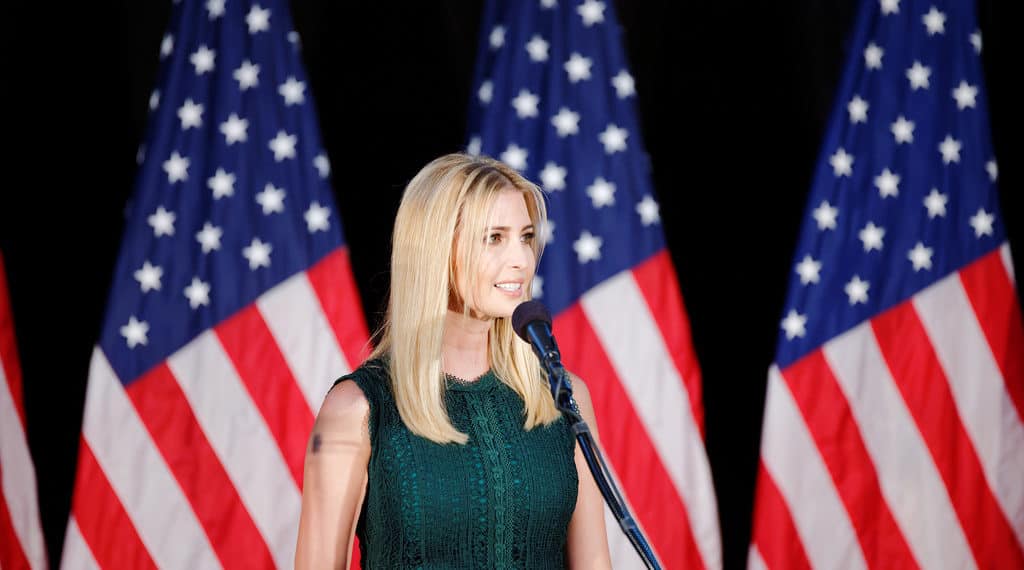 One of the hallmarks of Donald Trump’s political flimflam scheme is the excessive and aggressive use of social media.

He tweets almost once an hour—often more, and stays up late so he can spew outrage at Lebron James, a man who decided to use his fame and wealth to open a school aiming to revolutionize education. His presidency could easily be described as one long (and extremely dangerous) Twitter tantrum.

Lebron James was just interviewed by the dumbest man on television, Don Lemon. He made Lebron look smart, which isn’t easy to do. I like Mike!

Luckily, constitutional free speech remains, meaning Trump and his acolytes aren’t the only ones who can use social media as a political tool.

In a CNN interview on August 2, Ivanka Trump finally commented on the horrific conditions migrant children and families are enduring under her father’s policies.

She predictably responded with professions of ignorance, saying she had “very little to do with this.” She attempted to empathize with the outraged American public by saying that she watched the news about child separation on television and it was a “low point” for her. She is “vehemently against family separation,” but she dials it back, falling on platitudes like, “Immigration is incredibly complex.”

"Dear Ivanka, you follow me on social media. You said family separation was a ‘low point’ for you. The low point is for the separated families. You spoke in past tense. This crisis is ongoing. As of now, 572 children have not been reunited. A child has died after separation. Approximately 400 parents have been deported without their children. There have been multiple claims of sexual and physical abuse in detention. There have been psychotropic drugs administered to children in detention without parental consent. These abuses have occurred on your father’s watch and under the leadership of Secretary Nielsen. End these racist, inhumane and unconscionable abuses now! We demand you call for the resignation of Secretary Nielsen!"

The brains behind the campaign are Sarah Sophie Flicker, Paola Mendoza, and Alyssa Klein. They pinpointed Trump’s use of the past tense in her statements and rightfully decided to use their campaign to remind Ivanka that the family separation crisis is far from over.

They note that 572 children have not been reunited, despite the deadline having already passed. Hundreds of parents have been deported without their children. Children are enduring abuse and some have been given psychotropic drugs without parental consent.

Ivanka’s “low point” cannot begin to compare with the low point that is family separation. Her attempts to empathize with contemporary immigrants by reminding us that she, too, “is the daughter of an immigrant,” are just as tone-deaf. Ivana Trump wanted to leave Czechoslovakia, but since “We are a country of laws,” she came to the US legally—by marrying Donald Trump.

Indeed, marrying an American citizen is a legal path to citizenship. So is obtaining a green card and going through the bureaucratic motions of naturalization. There are—and should be—multiple paths to citizenship. Not every person looking to immigrate has the luxury of time to wait (in the cases of conflict in home countries), a person to marry, or the means to travel safely.

If Ivanka truly wants to empathize and show that she isn’t complicit in her father’s horrific policies (She insists on her ignorance of the child separation policy, saying “Jared and…the President” were the responsible ones.), she must realize that while the United States is a country built on strict laws, that does not mean that all those laws are sound. When laws are not sound, the citizens they affect have a right to speak out and demand change.

Thanks to Flicker, Mendoza, Klein, and the celebrities who have taken back Donald Trump’s favorite weapon—social media—more users have done just that, reposting “Dear Ivanka” on Instagram and Twitter.

So far, The White House has not responded to the campaign, but it nonetheless serves as an important moment in the development of social media and how activists, public figures, and other users can use it to make major political statements and hopefully, an impact.

She’s Scientifically out of Your League, but You’ll Still Flood Her Inbox

The Spots You Should Be Taking Your Date in Nyc