The Biggest Trends To Come Out Of Fashion Month 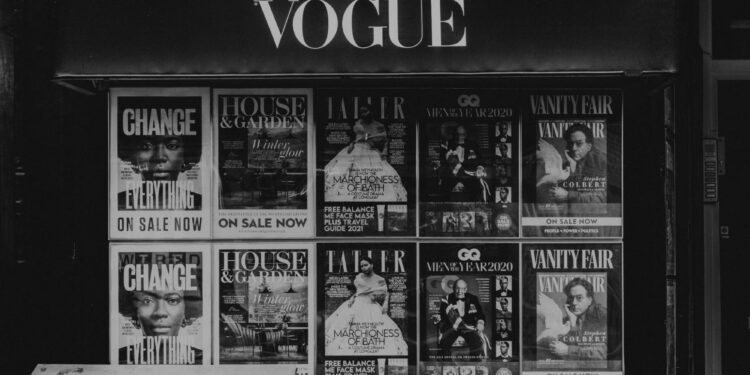 Fashion month has just finished with New York, Milan, Copenhagen and Paris all showcasing the very best street style and runway fashion that each city has to offer. And, now that the dust has settled, we’re able to see what trends really stood out this season and what we can expect to see in the coming months when we open up the pages of glossies or walk down the streets of an especially stylish city.

So follow along as we talk you through the coolest bits that came out of the style scene this time round.

A chic and almost western-inspired trend is here to add some interest to your everyday style. Throughout fashion month, on various runways and amongst the street elite, we saw a common stylistic element beginning to appear: fringing. There was less on the arms and backs of jackets this year, and more on the hems of skirts and dresses. This is a cool-girl trend for the ages and can certainly be interpreted as boldly or as subtly as you like.

For those looking to recreate this trend, we recommend jumping on THE ICONIC through Qantas Shopping to earn Qantas Points as you shop fringed fashion, alongside all the other ultra stylish trends we’ll be exploring throughout the rest of this post-Fashion month deep-dive.

At first, it was only spoken in hushed tones, and then looked upon in stolen glances. Many were afraid to decree such a controversial opinion to the masses. But then the celebrities started wearing it, and it began appearing on runways. It was no longer avoidable, it had to be said: silver is back.

After many years of gold reigning supreme, the cooler older sister has returned with a vengeance. No longer satisfied with appearing in the form of dainty rings and sweet necklaces, silver is back and bolder than ever before. Don’t think subtle hints of glittering fabrics, but rather light-reflecting aluminium and glossy in-your-face embellishments. These striking, silvery silhouettes will be taking the form of bustiers, boots and chainmail handbags, whose metallic pieces definitely showed that silver doesn’t need to mean subtle.

On the direct opposite end of the spectrum to decorative pieces that sparkle and shine, we have also seen a utilitarian refocus, because what is fashion if not a constant contradiction of itself? Over the last season, there has been a major welcome back to 90s-style oversized cargo pants, and this shows absolutely no sign of slowing down.

Although previously they’ve been seen paired with the more romantic-style corset trend to perhaps juxtapose the more masculine overtones that accompany cargo pants, this season we’ve seen designers and fashion lovers alike lean further into the utilitarian over all else. Now the cargo has been seen with similarly heavy-duty accessories like chunky boots, as well as more heavy-duty knits seen in an array of different colours. This takes the fuss out of getting dressed in the morning but shows that even when function is the key player, fashion doesn’t have to sit on the sidelines.

The early 2000s are well and truly back with the resurgence of belts that serve purely stylistic purposes rather than functionality. Whilst leather iterations are always popular, it’s the dainty chain belt that seems to be the frontrunner amongst the trendy crowd.

As we know, although fashion trends may be cyclical in their nature, the same trend never returns in exactly the same way or with exactly the same associations. So whilst previous decorative belts of the 2000s seemed clunky, oversized, and often paired with layered jeans and smock dresses, this time round they’re more likely to be seen on silky slips and monochrome suiting as a way to break up block colours and add a point of interest to an otherwise simple, monochromatic ensemble.

Have you noticed an influx of accessories just south of the noggin? Whilst metallics have ruled the catwalks this season, not every accessory has a shimmering sheen to it. A return of the Y2K “it girl” must-have accessory, the skinny scarf has once again returned for its time in the sun. It seems the 2000s was a time of largely decorative pieces, as these scarves aren’t here to keep you warm. They’re simply there to add an element of decorative drapery to your ensemble. Now it can be seen as a monochromatic addition to a cocktail dress or a contrasting element to a casual look.

Of course, the skinny scarf isn’t the only neck accessory making a return, with a wide range of scarves appearing on runways and in fashion shoots this year. From the twilly to the silk scarf, a scarf is sure to be a chic addition to an ensemble that can take it from simple to stylish and adds that little point of difference to any ordinary seasonal outfit. We definitely recommend going second-hand or even sifting through your stash of scarves found across year’s past when trying to find the perfect scarf to complete your street look this season.

It’s safe to say that low-rise bottoms aren’t going anywhere other than perhaps your hips. From the micro-mini skirt that Miu Miu kicked off with its viral teeny-tiny school girl skirt last season, to the Y2K-inspired low-waisted cargos, it seems like low-rise is a trend that an array of different schools of fashion have pounced on like you won’t believe.

If an exposed midriff isn’t your cup of tea, take the more accessible route for the trend. By this we mean opting for a slouchy mid to low-rise pair of suit pants and pairing it with a longline tank for a cool-girl look that’s equally as comfy as it is chic.

Even with its undeniably cyclical nature, fashion still manages to surprise style students across the globe with offbeat favourites. This includes an unlikely sartorial sweetheart for the season: bustles. Fashion loves taking from the past and reimagining it for the present, but the mid to late-19th-century staple wasn’t a resurgence we saw coming. As seen in the Loewe show, bustles were a part of the designer’s classically cut strapless midi dresses, and were certainly a talking point and a favourite amongst the fashion crowds soon after. We’re unsure how this will translate into the mainstream, but we’re certainly excited to find out.

Fashion is so much more than just clothes and accessories. It’s a way to express yourself, a way to present yourself to the world, and to don your very own armour to prepare for all the trials of everyday life. So this year perhaps your armour will include some of these cool pieces and style selections for an extra chic touch. Whether you’re diehard for accessories or love a bit of sparkle and sheen, we can’t wait to see how you incorporate these trends into your own daily rotation.

How To Upgrade Your Personal Style: A Guide