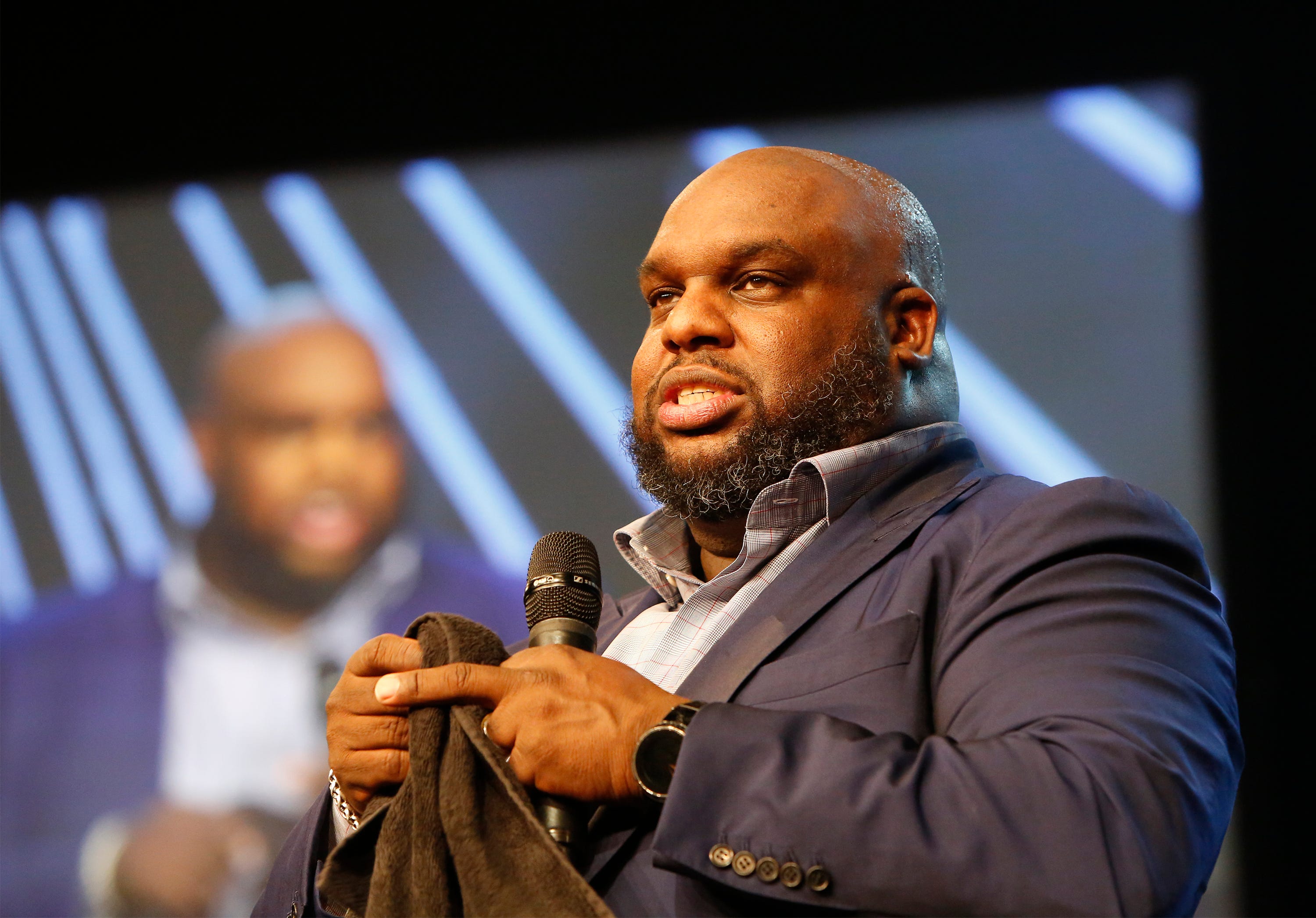 Whether or not the INTENTIONALITY of pastor John Gray is real remains to be seen, but it’s safe to say that he has a lot of people’s attention right now. His wife Aventer has been outspoken on her support of the pastor and his ministry. She also testified that God is doing miraculous things for her husband.

In case you’re not familiar with the church’s name, Relentless is a church located in Greenville, South Carolina headed by pastor John Gray. The church is known for its music and ministry oriented programs. They’ve been around for more than a decade. The pastor’s wife Aventer has also been an active participant in the church’s activities. The pair will be celebrating eight years of marriage in 2018.

The pastor is known for being one of the first to use social media to his advantage, including posting the aforementioned video on July 15. As you can imagine, there’s a lot of drama surrounding the pastor’s health.

Earlier this year, Pastor John Gray was diagnosed with a life threatening pulmonary embolism. He was admitted to a critical care unit and is now receiving treatment. He is in need of two types of surgery.

The Saddle Pulmonary Embolism (SPE) occurs when a sizable blood clot gets lodged in the major pulmonary artery. The clot may cause chest pain, irregular heartbeat, and low blood pressure. The condition can also lead to a sudden hemodynamic collapse.

Aventer Gray, the wife of Pastor John Gray, has taken to social media to reveal that her husband has a severe pulmonary embolism. She urged followers to pray for a miracle. She also shared a few pictures from her husband’s hospital stay.

While Gray was in the hospital, he saw the shapes of people. He was also told by doctors that other people with similar conditions have died. He is in need of two kinds of heart surgery within the next 24 hours. The doctors also found blood clots in his lungs and legs.

Despite the medical challenges that he faced, Pastor John Gray of the Relentless Church in Greenville, South Carolina is on his way to recovery. He was hospitalized for weeks after suffering from a life-threatening pulmonary embolism.

The pastor was initially hospitalized in Alabama, but later transferred to a medical facility in Atlanta for additional treatment. Pastor Gray’s wife, Aventer Gray, is praising God for his miraculous recovery and has asked for prayers. She also said that her husband’s body was screaming for him to take his health seriously.

Aventer shared a message of encouragement with the church congregation on Sunday. She told them that her husband’s health condition is “severe” and credited God’s healing power for keeping her husband alive.

John Gray’s condition was also addressed in a sermon during the church service on Sunday. His wife said that he had a breakthrough during the service and a new perspective on life.

Earlier this month, Pastor John Gray was hospitalized with a pulmonary embolism. This is a blockage that travels along the pulmonary arteries and other parts of the body. He is not allowed to walk or use the bathroom. Earlier, he told fans that he was going on a sabbatical.

Pastor John Gray was born in Cincinnati, Ohio, and is the senior pastor of Relentless Church in Greenville, South Carolina. He and his wife have two children. He has also served as a teaching voice for Lake Wood Church in Houston, Texas.

Gray recently moved to Greenville from Houston, where he was an associate pastor at Joel Osteen’s megachurch. He has been featured in several television shows. He also has published two books. He also has a number of followers on Instagram.

Gray was the star of a three-season docu-series on the Oprah Winfrey Network. He also toured with Grammy Award-winning gospel recording artist Kirk Franklin. He has been married for many years to his wife Aventer.

Kate Middleton and Rose Hanbury - Rumours of a "Rift"