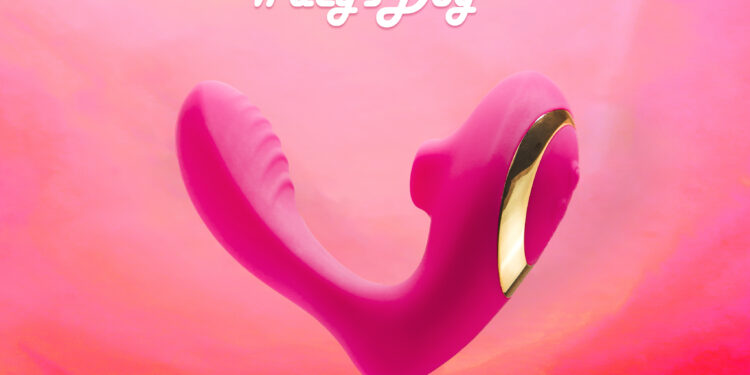 She recently clarified in her debut Glamour magazine article that Tracy’s Dog never contacted or compensated her in any way for that review.  She definitely meant it when she said, “My legs went straight out like those goats who faint when scared.  I never came so fast and so hard in my life.  I squirted, I have NEVER DONE THAT.”

Another review stated, “I couldn’t recommend this toy enough. It was amazing the first time I tried it.” You can get off with just the sucking of the clit but if you want multiple orgasms in one use, this toy will definitely blow your mind.

“I thought it was impossible for me to climax by myself. I have NEVER EVER in my ENTIRE life been able to achieve an orgasm by myself. Well NOT ANYMORE. This thing had to be made by God’s hands Himself,” said another satisfied lady on Amazon.

The OG vibrator’s dual clitoris and G-spot stimulation feature is not a slow build-up toy.  It can send you to orgasm heaven faster than the speed of light.

“It took 10 seconds for Tracy’s Dog to surpass any lover I’ve ever encountered,” another triumphant lady wrote in her review.  It is safe to say this toy surprises every user with its unexpected versatility.

Another one wrote, “Ladies, if you’re thinking about this toy at all, my wife says to just buy it, you won’t regret it. Guys, if you want to get your wife a gift she won’t stop talking about, you can stop looking; this is the one”.

“Heck, it’s worth a second mortgage on my house. And for the love of banana pancakes, ladies heed the warnings of the brave pioneers who came before you… stretch like your life depends on it before embarking on this mission. Icy Hot and Motrin for those that don’t listen,” write another pleased reviewer.

This might just be the best thing you will spend your money on in a long time! We guarantee the rewards are much greater.

Curious About Sex Toys? Here’s What You’ll Want to Know!