Find out what relationship structure is right for you. 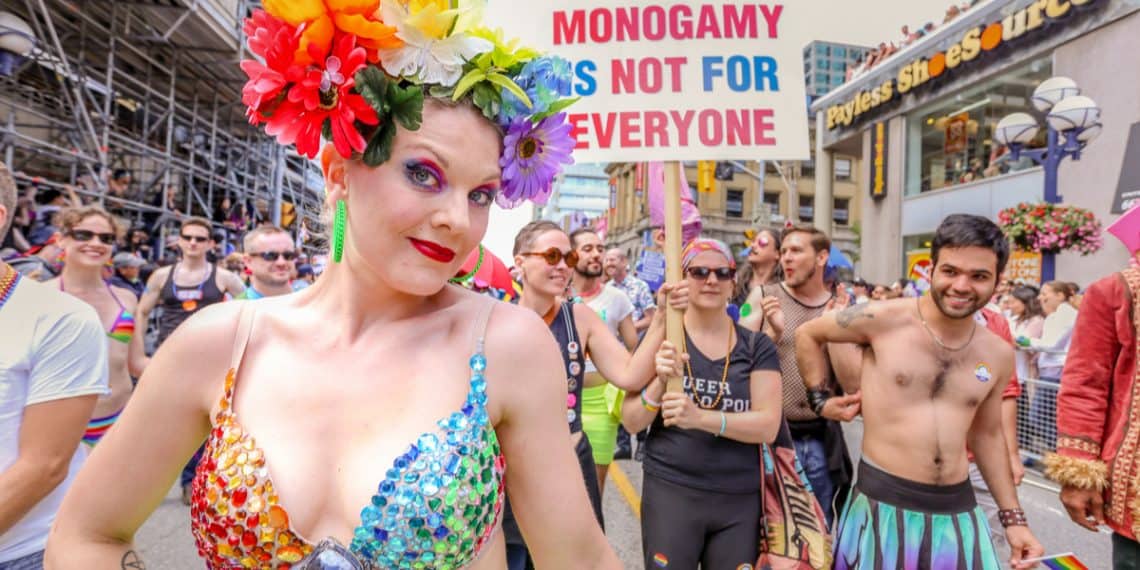 In today’s society people subconsciously and consciously obey and follow monogamy. Traditional monogamy is taking a backseat as society grows and evolves. Divorce rates in the U.S have lowered to 2.9 per 1,000 population. Though divorce rates have lowered since the 1970s, some people feel that monogamy is not natural and is why people separate or cheat. This could be one of the many reasons people are being driven to non-monogamy and different relationship structures. As more people embrace their sexual orientations many also follow new rules to what kind of relationships they want as well.

These labels are for fast digestion but the nuance of what you are is up to you and your partner(s).

Being married to one person or staying with one sexual partner at a time is what society calls monogamy. In monogamous relationships, people are expected to remain loyal to their partners because separation and divorce are stigmatized by society. Non-monogamy is the opposite of this and once you enter into sexual relations with or without consent with another person you’re no longer considered monogamous.

Time and different nuances allowed this traditional practice to take a modern twist in the 21st century. Couples no longer have to follow traditional practices but are still often judged or criticized if they don’t. More traditional standards with relationships have maintained its standing in society and have been used as a way of status and value. This has allowed the common practice of monogamy to hold power over those who follow something different such as polygamy.

Feminist movements and the LGBTQ+ community have helped pushed these ideas to the forefront. Both speaking out about their sexuality and redefining sexual identities has helped those questioning where they stand to help better define themselves.

Society has conditioned us to think of only monogamous style relationships through movies, magazines, and etc. In more recent years a new wave of sexuality types and lifestyles have emerged, and people are beginning to question what structure best suits their needs. If you’re reconsidering your personal sex life or one with a partner it’s better to understand the different structures so that you can choose what suits you best. Sexologist Shan Boodram shares nine different kinds of relationship styles that may fit your liking. All of this involves deep thought and some rely on online quizzes to help them find their match or something close to it.

Naturally, with time we change and so can our ideals and the structures we’ve built for them. In some cases, the relationship you’re in could be how you see yourself.

Some structures share similarities while others are complete opposites. The structure you decide on is what you will use to communicate with your partner(s).

Non-monogamy is not for everyone and that should be okay as long as you are honest with yourself and your partner(s). You may not know your current ideal relationship structure or you may know what structure you used in the past. If in your current relationship, you feel different then you did before that’s okay.

Figure out your own commitment values than later be honest and discuss those with your current or future partner(s).

BLM: Know Your Rights As A Protestor

Everything You Need To Know About Making That Bold Career Move