New York Gal » How To Support The Transgender Day Of Remembrance

How To Support The Transgender Day Of Remembrance 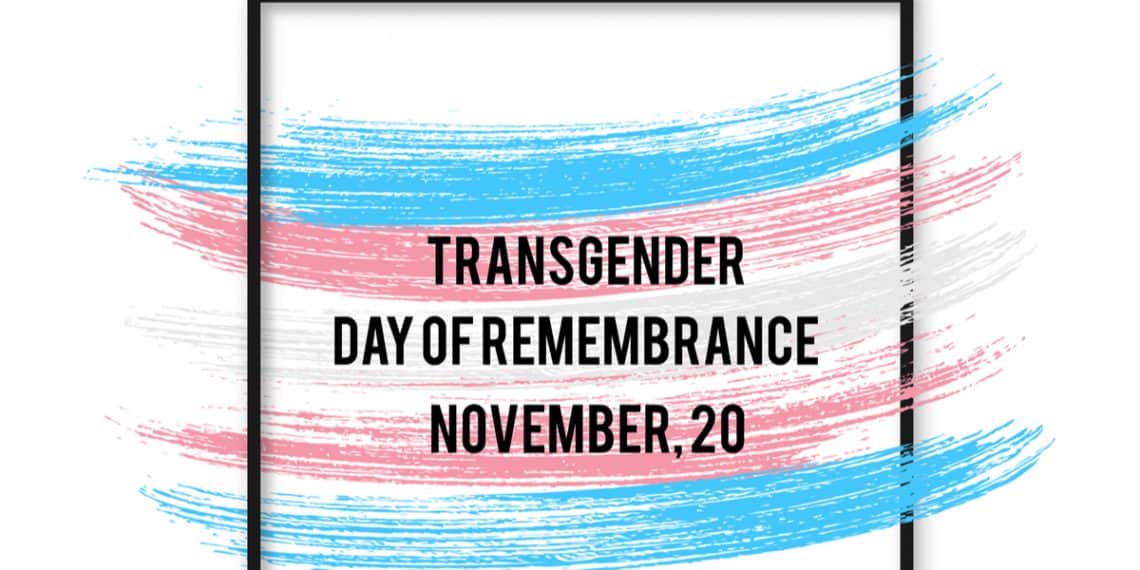 Before I start, I just want to call out that I’m a cis woman writing this article. So I do not know what being trans, or non-binary is like, but I have always been a proud LGBTQ ally. I have a lot of transgender/non-binary friends, and I want them to know I support their community.

November 20th is the Transgender Day of Remembrance. Trans Rights Are Human Rights. I chose to write this article because one of my childhood friends growing up, who became a trans woman, passed away a couple of weeks ago.

I love my friend, and I want to honor her memory by writing this article for Transgender Day of Remembrance. In honor of her memory, I have donated to Trans New York, as well as the Black Trans Advocacy Coalition.

According to GLAAD,  transgender is a term used to describe people whose gender identity differs from the sex they were assigned at birth. Some of the most famous trans-identifying people are Chaz Bono, Jazz Jennings, and Laverne Cox.

The LGBT Foundation states that non-binary is a term used to describe people who feel their gender cannot be defined within the margins of gender binary. Non-binary people can sometimes look more masculine or feminine, but there is no “right way” to be non-binary. They/them/their is a popular pronoun for non-binary people, as well as ze/zirs/zirself. If you do not know someone’s gender, never assume them to be cisgender. Try to use inclusive greetings like “Hi, friends,” which has no gender connotation.

Transgender Representation in The Media

While the entertainment industry has seen more Transgender talent in the last couple of years than ever, it still has a very long way to go in terms of positive transgender representation. I firmly believe that trans women and men should play transgender roles, as well as men and women who don’t identify as trans either.

Throughout movies and television, trans people are almost always seen as the butt of the joke. Moreover, in the past two decades of the entertainment industry, trans people are mostly seen as sex workers or victims of violence. They are so much more than that, and they deserve complex stories just like cisgender actors get to tell.

My friend Benjamin Scheuer has written a song called I Am Samantha about his friend, Samantha Williams, a transgender woman. The song tells the story of Samantha’s life and her account of transitioning into the woman she is now. Benjamin identifies as cis and continues to speak to Samantha throughout the entire writing process. The music video is the first to feature an all-transgender cast, directed by transgender director, T Cooper.

How Can A Cisgender Person Best Support The Trans Community?

How To Help Premature Babies On World Prematurity Day

White Dresses Under $600 for the Minimalist Bride