T-swift Has Been Having a Hard Month 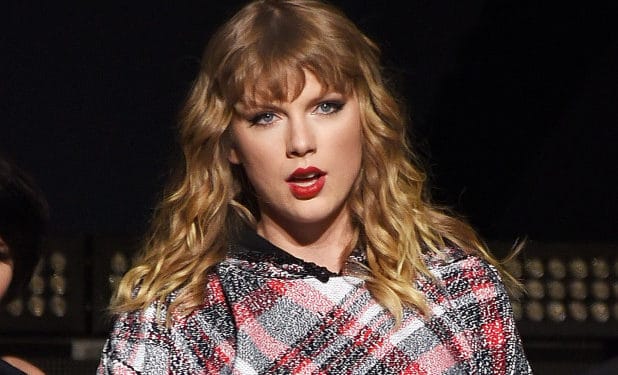 What a month this has been for Taylor Swift.

Imagine that you are heading home after a long day at work. You are utterly exhausted and all you want to do is throw on your fuzziest PJ’s and jump into bed. The last thing you want to find is someone already there at your home or even in your bed, uninvited.

The New York Police Department responded to one of the pop star’s New York City apartments; between the time the NYPD watched 22-year-old Roger Alvarado break in on a security camera and arrive on the scene, he had broken in through a window, taken a shower and had fallen asleep in her bed. Thankfully, not only was Swift not home, she has reportedly never lived in the apartment, only purchasing the property a few months back. It is unclear as to whether or not Alvarado knew that this was Swift’s property, but police also warned him off of the property back in February, so it is pretty likely he knew. Alvarado has been charged with "stalking, burglary, criminal mischief, and trespassing."

A few days after the break-in, 29-year-old Travis Reinking walked into a Waffle House in Antioch, Tennessee, killed four people and injured four others with an AR-15. Reinking reportedly told authorities that Swift was stalking him, breaking into his phone and Netflix account, and wanted to him to meet at Dairy Queen. Police reports indicate that Reinking has had a history of run-ins with authorities and mental illness, which has showed signs from as early as summer 2014.

Actually, this whole month has been one incident after another. A homeless man named Justin Christoph Lilly repeatedly tried to scale the wall surrounding Swift’s Beverly Hills home, and a 38-year-old Colorado man was arrested outside that same California home and charged with stalking. He was found wearing a mask and with a knife and rope in his car. At Swift’s Rhode Island residence, Connecticut man Bruce Rowley robbed an Ansonia bank and drove the money to Watch Hill where he threw it all over a wall surrounding her home in hopes of impressing her.

Imagine Swift’s world right now. Even though Alvarado broke into her apartment, it was unoccupied. However, through his own delusions, Swift’s name has now been irrevocably attached to Reinking’s, who has snuffed out four lives in the course of a few moments. I can’t imagine reaching a level of notoriety that I become an object of someone’s obsession, let alone be a person that someone would want to do harm towards. Can you? Can anyone, really? Swift has no control over these other people and their actions, but they are hard circumstances for anyone to process.

Most Entitled Man in Indianapolis Sends Invoice After First Date