A spooky list of songs to get your Halloween festivities started. 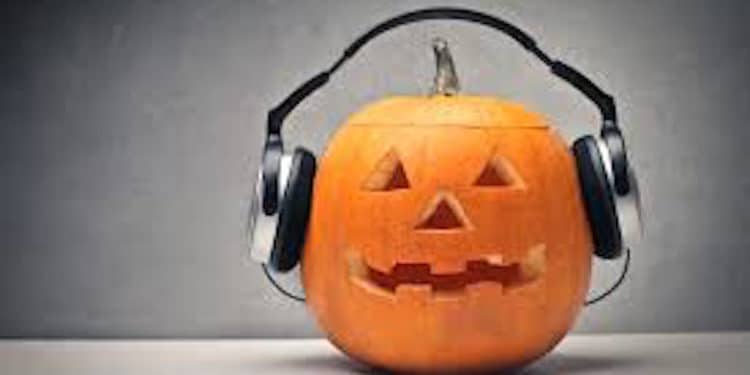 Every Halloween Thriller and Monster Mash follow me around. On the radio, on the T.V, in bars. They are everywhere.

And, every Halloween, I’m reminded of how tedious they become, say, around the 10th time of hearing those songs in just one day.

They are both Halloween and overall classics. This I do know and don’t intend on debating. They are great songs. Well, Thriller is anyway.

But, why isn’t anyone making scary, “spooky” songs to replace them?

Or, at least giving Halloween playlists some variety.

Of course, like any reasonable person, we all want to re-create that 13 Going On 30 scene when Jenna initiates a Thriller dance party inthat dress.Still, after that, what would come after? How many times can a DJ play Thriller before people start to notice? Am I right?

That is why this playlist is Thriller and Monster Mash free. Not because they aren’t suitable songs, but because we wanted to make a playlist and give everyone a break from those predictable ones. If you miss them, listen to them before or after ours.

To ease everyone into this playlist, as if we all haven’t been antsy enough for Halloween to arrive, the first song, or “opening theme tune” is the Stanger Things intro. It may even make you want to watch it again. Season three can’t come soon enough!

Without trying, this Halloween playlist organically morphed itself into a very 80s-filled one. So, not to sound like a Dad, they just really don’t make scary songs like they did back then.

In The Cure’s creepy Lullaby, Robert Smith sings about a Spiderman that isn’t a superhero fighting crime, instead, this one wants to eat people.

An eerie “new wave” Ghosts by Japan begins with what sounds like a cross between a cat walking across a synthesizer and an attempt to find a radio signal. It’s amazing. There are several breaks in the song filled with uncomfortable silences, ones that remind you of your own ghosts, before the break is abruptly broken by an odd sound, dragging you back to reality.

And, there is the obligatory addition that is David Bowie. King (and Queen) of dress up and freakiness. The upbeat Scary Monsters (And Super Creeps) gives this playlist a balance of scary and fun-scary music for Halloween.

Furthermore, another 80s band to join the list isTalking Heads, with their fast-paced and french-laced Psycho Killer.

Other older, but just as deserving of a spot, are Fleetwood Mac’s Black Magic Woman and Screamin Jay Hawkins’s I Put A Spell On You. Okay, so the last one will definitely be slightly less ubiquitous than Thriller and Monster Mash. But, there needed to be one song that is definitely associated with Halloween; One that isn’t as overly played as the other two. Plus, it pairs well with the running Witch theme set by Fleetwood Mac. Although Stevie isn’t singing, you can still feel her witchy vibe throughout the song. And, it sounds like a song that would be perfect to twirl around to wearing a long, floaty dress. Preferably with some sage burning in the background.

The Cranberries’ Zombie brings a more emotion to Halloween songs. On the surface, it’s easy to see this song’s title and think of it as a “spooky” song. Especially if you haven’t listened toTheCranberriesbefore. What they are referring to, however, are soldiers, war and its effect on people; Essentially turning them into heartless, emotionless being or in other words, zombies. This song is specifically about Northen Ireland and the IRA when two boys were killed in bombs that were planted there.

Two more, modern, songs here are Die Antwoord’s I Fink U Freeky and Kid Cudi’s No One Believes Me. For the former to feel even more “freeky”, watch the music video; It’s weirdly wonderful. In,No One Believes Me, Cudi is a Vampire; A misunderstood Vampire. The lyrics and music are enough to make you want to dress up as one.