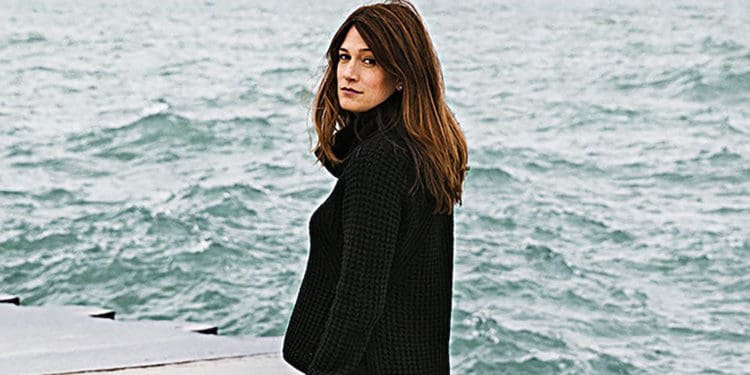 Author Gillian Flynn might be a name that you recall if you are an avid reader of thrillers. Flynn’s best selling book, “Gone Girl”, however, is certainly a widely recognizable title from either the book or film adaptation.

Born in Kansas City, Missouri, to college professors of English and Film. Flynn, as her website states that, she undoubtedly “spent an inordinate amount of her youth nosing through books and watching movies.”

Hence, it was this upbringing that led her to study English and Journalism at the University of Kansas. She then received her Masters in Journalism at Northwestern University in Chicago, hoping to pursue the darker side of journalism. However, instead of crime reporting, she would move to NYC where Flynn critiqued and reported on films and T.V for Entertainment Weekly.

“Dark Places”, earned the author major status as established magazines and newspapers such as the New Yorker listed the novel as a favorite.

And, of course, the literary phenomenon that was Gone Girl went, in the book world, viral. It spent more than 100 weeks on the New York Time’s best seller list. Furthermore, the film was brilliantly adapted into a screenplay that scored an 81% on Rotten Tomatoes and grossed 369.3 million dollars worldwide.

Astonishingly, but not quite, all of Flynn’s fiction has been adapted or is being adapted into films and T.V series. The latest release and visual representation of “Sharp Objects”, stars Amy Adams in the new HBO thriller series. “Dark Places” was released in 2015. “The Grownup”, a short story and Flynn’s most recently published writing to date, has already had the rights bought by Universal.

So what makes the authors writing so compelling and seemingly addictive to readers? The most obvious answer is her portrayal of women. Which, for the most part, is Flynn’s own unique stand-alone quality and, even, genre.

Flynn’s protagonists are all women. They are women that drink (too much); women that cut the words cunt and clit into their skin; that seek revenge; women that lie, cheat and kill. They are the antithesis of heroes, heroines actually.

She uses this human side of yearning a common ground to her advantage, but not as shock value. It is more of the gruesome side of people, one that is often overlooked and stowed away for horror films and ghost stories 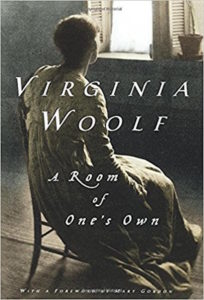 This is not the first time an author has attempted this. One of Virginia Woolf’s most notable works, “A Room of One’s Own” published in 1929, speaks greatly of the importance of both women in fiction and of women writing fiction. Sparked by a rejection to enter the library at Cambridge University, where she was giving a lecture about her latest novel, Woolf charges in to writing about the lack of women writers in the past and even her present, the need for more women to become writers, which is something she says, they already are but haven’t always had the skills or opportunity. She also stresses how, for a woman to write fiction, they must be completely independent.

Woolf’s essay was perhaps the first written account of a woman commenting on the Manic Pixie Dream Girl character that populates too many works written by men and continue to do so in various films today. The term, which was first used by Nathan Rabin in 2007 describes a female character that “exists solely in the fevered imaginations of sensitive writer-directors to teach brooding young men to embrace life and its infinite mysteries and adventures.”

The most discussed animal in the universe but possibly the most misrepresented one too, somehow. She may have also been the first to notice what later sparked the creation of the Bechtel Test.

“All these relationships between women, I thought, rapidly recalling the splendid gallery of fictitious women, are too simple. So much has been left out, unattempted. And I tried to remember any case in the course of my reading where two women are represented as friends.”

These points are exactly the societal norms Flynn is breaking down. Women are human and can be evil, too, shout the narratives of women’s lives that are in shambles or the ones that seek revenge. And she does it without the overly-done Hollywood vixen villain, that is usually accompanied by dark lipstick and a Russian or British accent. Yawn.

Most of all though, Flynn wants to show that women, evil or troubled or not- are human. And humans, all humans, have the tendency to screw up and even the ability to frame their husband for murdering them, given the right time and preparation.

See Also: Everything You Need to Know About Being the Crazy Girl

If U Seek Amy

As profane as they are, there are several moments in which I find myself rooting for Flynn’s characters. In “Gone Girl”, for example, I internally cheered Amy on. Yes, girl, if he cheats on you, why wouldn’t you get him back? Obviously, toward the end, she does become more psychotic for me to continue to encourage her and I had to kick my pom-poms to the side.

But still, Amy is something of a matriarch at her best; I will argue forever that one of the best monologues in text and film is Amy’s cool girl rant. How could you not think so?