Some of Architect Frank Lloyd Wright's Most Iconic Designs 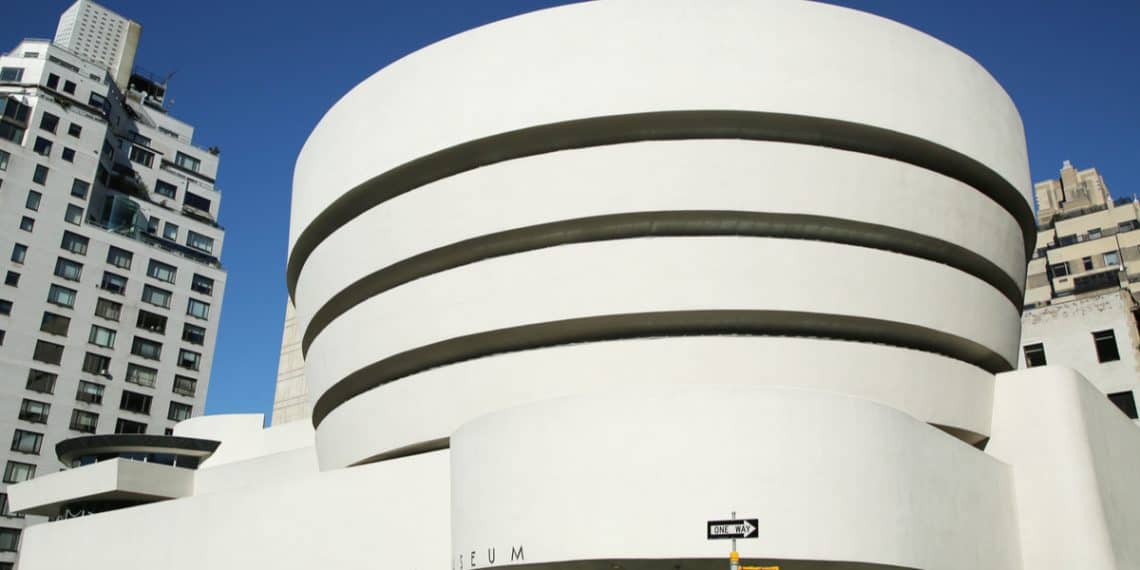 Frank Lloyd Wright is a legendary American architect. Internationally known for his originality, his career lasted an astounding 70 years, and he designed more than 500 projects. Nearly 300 buildings are still standing today, and many are open to the public. His works are celebrated for going beyond the realm of traditional concepts in architecture. And he designed some of the most iconic buildings of 20th century architecture. Here are some of Frank Lloyd Wright’s fascinating works.

In rural Mill Run, Pennsylvania sits one of Frank Lloyd Wright’s greatest examples of his organic architecture. Organic architecture was Wright’s personal design philosophy which promotes harmony between human habitation and the natural world. Built in 1935, directly over a 30-foot waterfall, Fallingwater is a National Historic Landmark. Originally intended to be a mountain retreat for the family of Edgar J. Kaufmann, a wealthy Pittsburgh department store proprietor, the family eventually donated the exquisite house to the Western Pennsylvania Conservancy. And since becoming a museum and opening to the public in 1964, it has welcomed more than 5 million visitors.

One of architect Frank Lloyd Wright’s most recognizable yet highly criticized architectures is the Guggenheim Museum. It is located on Fifth Avenue in the Upper East Side of Manhattan. The spiraling museum is home to a permanent collection of modern art pieces and ever-changing exhibitions. Like much of Wright’s works, the Guggenheim is unconventional and goes against typical architectural concepts. The concrete building is cylindrical in shape, standing out among all of the rectangular skyscrapers. Wright designed the museum so enthusiasts could view the art pieces while descending down a giant spiral ramp. However, many condemned Wright’s design choice, claiming the building took away from the art inside. But he did not let the criticism prevent his unique vision from becoming a reality. Unfortunately, Frank Lloyd Wright died 6 months before the museum’s opening. Today, the Guggenheim is a popular tourist destination, attracting more than 3 million people a year.

See Also: 7 Exclusive Events for New York City Elite That You Can Attend

Between 1908 and 1910, architect Frank Lloyd Wright designed the Robie House for Chicago businessman, Frederick C. Robie. The building is located on the University of Chicago’s campus in Hyde Park. His distinct design aims to reflect the influence of the midwestern prairie landscapes of the United States. This Prairie style house is one of Wright’s most notable architectures. With its unique horizontal lines and stained art glass windows, Wright harmonizes the structure with the surrounding nature. In addition, Wright designed the interior of the house. He focused on all of the structural details like light fixtures, tapestries, and even the furniture. A National Historic Landmark since 1963, the Rubie House is open to the public for tours and special event rentals.

The Hollyhock House is one of Frank Lloyd Wright’s most extraordinary architectural designs. It sits on a stunning 36 acres in East Hollywood, Los Angeles. The residence was originally designed for oil heiress, Aline Barnsdall. Barnsdall insisted on connecting the interior living space with the exterior gardens. Wright obliged by seamlessly incorporating several rooftop terraces surrounding a courtyard. He also integrated multiple skylights and even a moat with flowing water from the pool to a fountain. The massive structure was completed in 1923, but Barnsdall rarely stayed at the house. So, she eventually decided to donate the house property to the city of Los Angeles. It is currently the centerpiece of Barnsdall Art Park.

The works of architect Frank Lloyd Wright will forever promote his legacy as the greatest American architect of all time.

Adorable Videos of Old Dogs Who are Still Cute