Revisiting The Cocaine Santa Sweater Controversy -Why Did Walmart Pull This Item?

With the holidays coming up, let's revisit one of last holiday's biggest stories. 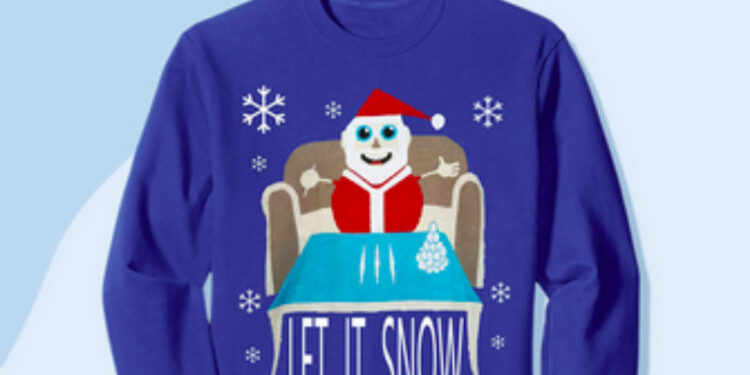 Ugly Christmas sweaters can come in different styles and looks, sometimes they are humorous too. The holidays are coming up, and we’re putting away our Halloween decor and bringing out the Christmas decorations. A lot of people prefer Christmas shopping and have already begun shopping since October finished. If you need something to wear this Christmas or want to buy a friend a funny gift then try the Cocaine Santa sweater.

Yes, you read that correctly, the Cocaine Santa sweater, it’s exactly the way it sounds! This item made a lot of headlines last year when Walmart dropped it, and eventually had to pull it. Luckily, you can find it on Amazon, as some vendors are selling their own version. So what exactly is the Cocaine Santa sweater? and why did it become such a popular sweater?

Last year, Walmart made headlines when it dropped the Cocaine Santa sweater. This sweater features Santa Clause standing in front of a table that shows three lines of snow that look like the drug cocaine. Even though Walmart claims that it is snow, the description says it has “Colombian snow” which could be a code word for the drug. Plenty of people find this sweater humorous, whereas others think it’s offensive and is ruining the character which is loved by many kids.

In a generation of cancel culture, it’s no surprise that plenty of people are finding it offensive. Following the negative backlash Walmart, issues an apology for selling it on their Canadian website. “These sweaters, sold by a third-party seller on Walmart.ca, do not represent Walmart’s values and have no place on our website. We have removed these products from our marketplace. We apologize for any unintended offense this may have caused.” A spokesperson tells Global News Canada.

Where To Buy The Sweater?

Even though Walmart pulls the sweater it is still available for purchase on Amazon. As usual, Amazon is the best place to get basically anything you need or want. It’s no surprise that after Walmart removes it, Amazon sellers hop on the trend and sell their very own versions. At the moment you can find the “let it snow” sweater on Amazon for around $25-31 which is similar pricing to Walmart.

We totally recommend buying the cocaine Santa sweater for someone in your life that enjoys dark humor or would find it funny. Although, we don’t recommend wearing it to your family’s holiday parties as it might cause a stir with your parents or grandparents.

How to Find the Biggest Ikea Store Near Me (New York)

How Good Is Walmart Furniture? (Compared to Other Brands)

The Best Liz Claiborne Perfumes To Gift This Holiday Season