Get your holiday spirit going with these festive flicks. 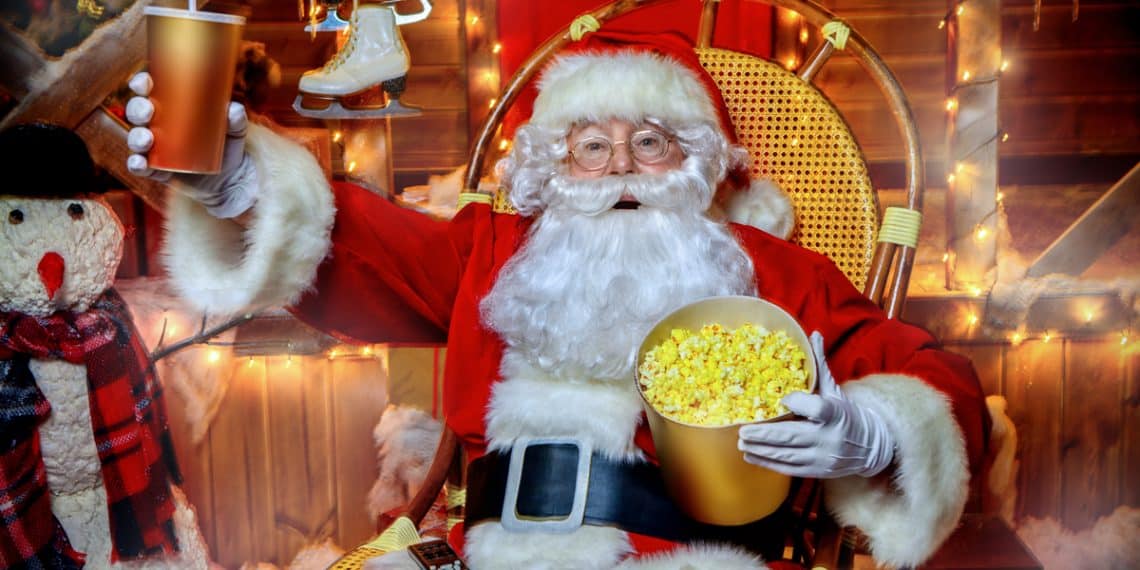 This year, it’s Christmas with a difference. The pandemic is bound to take a toll on our celebrations and the festive season in general. Don’t let that dampen the spirit of the month ahead, though! It is important to come up with alternative ideas of having a good time, and just basking in the Christmas vibe.

A great idea would be to indulge in some captivating Christmas movies and TV shows that are streaming on different OTT platforms right now. Trust us, you’ll be thrilled with all of the choices that are bound to leave you with that warm fuzzy feeling, complemented by a spark of holiday magic.

Check out our top five suggestions for the best Christmas movies and TV shows!

Dash and Lily is an eight-episode series that’s the perfect pick for this time of the year. It’s a Christmas rom-com with a fresh twist while also packing in copious doses of entertainment and edginess.

Set in New York, the plot is centered around the eponymous protagonists who communicate and eventually bond through a notebook. The story flows at a good pace, and the episodes show how the characters keep daring each other through a book exchange. It is sure to help you prepare for the holidays in a year that has been difficult for all of us.

Last year, Vanessa Hudgens starred in The Princess Switch which turned out to be an instant hit amongst the viewers. Vanessa played a Chicago-based baker, Stacy, who ends up trading lives with the duchess, Margaret, of a place called Montenaro. With the sequel being here, the holidays just got better! Things are set to get even more complicated between Margaret and Stacy when a third lookalike named Fiona comes into the picture and starts stirring up more trouble.

SEE ALSO: How To Beat The Holiday Stress?

Another heartwarming show for you to watch with your family this holiday season is Holiday Home Makeover with Mr. Christmas! Starring interior designer Benjamin Bradley as Mr. Christmas, this show rewards deserving families with a holiday home makeover. Filmed in 2019, the pre-pandemic year, Bradley arrives at each of the recipient’s home with his bag filled with Christmas goodies. The audience is then treated to how he gives a festive makeover within a matter of days.

Emma Roberts plays Sloane, who is home for Christmas, and everyone seems to be obsessed with her love life. She soon meets Jackson, played by Luke Bracey, and the two agree to be each other’s date, ‘holidate’ that is, as platonic partners all season long for all of the festive days. But along the way, they end up not being able to escape real feelings for one another. Though the plot twists are sort of predictable, and the climax is somewhat corny, you’re sure to get some Christmas vibes from this feel-good flick.

Forest Whitaker completely steals the show in this one as Jeronicus Jangle, a former toymaker who’s recovering from heartbreak. When his apprentice, played by Keegan-Michael Kay, steals his most impressive design, we see how Jeronicus undertakes the journey of tracing his way back to the joy of creation once his granddaughter shows up. That’s when his life takes a turn. Filled with cheerful musical sequences, animated scenes, and vibrant set/costume designs, this film is a great choice to watch with your family during Christmas.

With the pandemic putting many restraints on conventional modes of merry-making and festivities, there’s no better time than now to curl up with a captivating Christmas movie or TV show, whether it be alone or with your loved ones. Of course, the classics are there, but you can surely try these latest releases too! Enjoy some seasonal cheer with some new streaming options and thank us later.

How to Style Oversized Victorian Sleeves