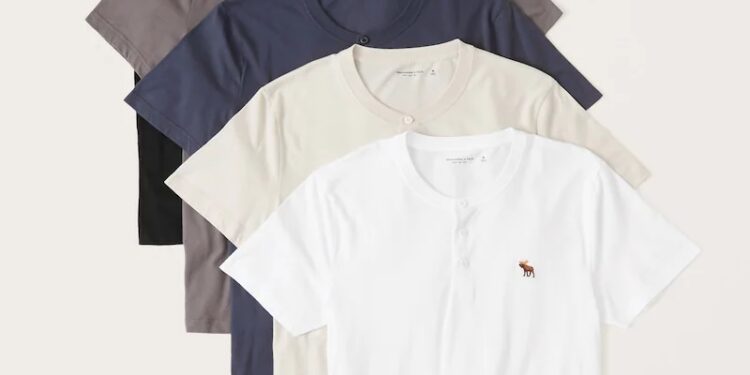 When talking about popular men’s clothing, there’s a high chance that you’re going to hear about henley shirts. These are arguably one of the most versatile and popular items of men’s clothing available.

While these shirts started out as rowing shirts in England back in the 1800s, they have since grown into a men’s fashion staple. Nowadays, henleys come in many shapes and designs, so you will find many men wearing them on various occasions.

And while men wear henleys with almost anything nowadays, many people still ask if henley shirts are good for professional settings.

Let’s answer that very question. We’re also getting into how you can wear henleys with professional outfits, so you never show up underdressed.

What Are Henley Shirts?

Even if you’ve never heard of them, you’ve probably seen one before. If not, you can check the Fresh Clean Threads henley tees as an example.

These are classic collarless pullovers characterized by a round neckline and a placket with 3-5 buttons. They come in both long-sleeved and short-sleeved varieties, and they are known for being both comfortable and stylish.

These shirts trace their history back to the town of Henley-on-the-Thames in England. They were originally used by rowers in a tournament in the 1800s as an alternative to the uncomfortable and bulky collared undershirts typically worn at the time.

But since henleys are comfortable and stylish, they are one of the few men’s fashion pieces that truly stood the test of time. More than two centuries after their inception, they are still one of the most popular men’s tops available. And in the next section, we’ll discover whether or not they are good professional clothes.

The answer to this question really depends on the setting. But in most cases, henleys would make appropriate tops for professional settings. While they are largely seen as casual tops, you can easily style up a henley by wearing them with the right pants and jacket.

One of the reasons henleys are so popular is because of their versatility. You can easily wear this shirt when getting coffee with friends, going to a formal meeting, or even attending a business casual event! However, keep in mind that this still depends on the actual setting, as there are some occasions that specifically state that guests wear collared shirts.

So, if it explicitly states that you need to wear a collared shirt, henleys may not be the best option. But in most cases, you can wear a henley in professional settings.

How to Wear a Henley Shirt in Professional Settings

When doing this, it’s best to stick to basic colors like black, grey, and white. While vibrant and creative henleys are ideal for casual settings, they aren’t the best pair with professional attire.

Additionally, we recommend not wearing jeans and either getting suit pants, khakis, chinos, or a nice pair of trousers. That way, you further elevate the shirt.

And as the final piece to the outfit, we recommend wearing nice dress shoes, loafers, or even Chelsea boots. Sneakers will instantly make your outfit appear too casual, so it’s best to avoid them in professional settings.

While mostly used for causal settings, henleys can be a great pick for professional settings as well. Though, when wearing henleys professionally, make sure that it’s appropriate for the event or the venue, and pair it with formal pieces so that you don’t appear too casual or underdressed.