Is the Criminal Minds Reboot Any Good? 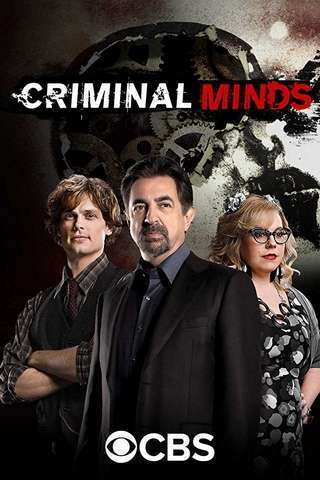 Considering how popular the original criminal minds was, it makes sense that the reboot is getting lots of press. However, is the reboot any good?

Despite the rebirth of Criminal Minds, Matthew Gray Gubler will not be returning to the series as fan-favorite Dr. Spencer Reid. Apparently, Matthew has decided that it is time to move on after 15 years.

Gubler appeared in the show for fifteen seasons, appearing in every episode in the show’s final two. While Gubler hasn’t spoken publicly about his decision, it is believed that he is leaving because he has another project.

The original show had a Behavioral Analysis Unit (BAU), a group of FBI profilers who used behavioral analysis to help solve crimes. This new version will focus on an UnSub network led by Elias Voit.

Originally airing on CBS, the Criminal Minds franchise ran for 15 seasons. The show spawned a spinoff series, Beyond Borders, which starred Daniel Henney as Agent Matt Simmons. Henney was also a regular cast member on Criminal Minds and Hawaii Five-0.

The upcoming revival will have several fan-favorite characters. The FBI’s Behavioral Analysis Unit will be featured, but the main star will be the UnSub, a serial killer that uses the coronavirus pandemic to set up a network of killers. The BAU will need to track the unsub to catch the bad guys before it’s too late.

Several of the original cast members are back for the Criminal Minds reboot, including Aisha Tyler as Tara Lewis, Joe Mantegna as David Rossi, Paget Brewster as Emily Prentiss, and Kirsten Vangsness as Penelope Garcia. Several new cast members are joining the show, including Zach Gilford as the mysterious Elias Voit.

Gilford has a varied career, including his role on the NBC series Friday Night Lights. In addition, he’s appeared in Mike Flanagan’s Midnight Mass horror series and Netflix’s Midnight Club. He’s also had roles in Good Girls, Boy Genius, and The Disappearance of Cari Farver.

During its 15-year run on CBS, Criminal Minds was one of the most popular crime dramas. The show followed an FBI team of behavioral analysts as they traveled the country to investigate crimes. The show used profiling to solve the cases.

The new series will have a 10-episode season. New episodes will air Thursday nights until the mid-season finale on December 15. The reboot will begin with two episodes airing on Thanksgiving Day.

Currently in the works, the Criminal Minds reboot is set to begin production in August. The show will be a reboot of the hit crime drama that aired on CBS from 2005 to 2020. It will star a number of returning characters and a slew of newcomers. The reboot will be directed by Aisha Tyler, who has also directed other shows.

‘Criminal Minds’ has a new home on Paramount Plus. The new series is known as ‘Criminal Minds: Evolution’ and will premiere this fall. It will feature a number of returning cast members.

In addition to the new cast, the show will also feature the return of a number of original characters. The original show’s executive producers, director and writer are back. They will work in tandem with the show’s showrunner, Erica Messer, to bring back the series to life.

The original series began airing on CBS in 2005 and lasted until 2020. The series explored the psychology of crime and the Behavioral Analysis Unit (BAU) of the FBI. These criminal profilers were known for using behavioral analysis to identify and track criminals.

Several months after CBS ended its “Criminal Minds” series in February 2020, Paramount+ announced that they will be relaunching it under the name “Criminal Minds: Evolution”. This new series will follow the FBI Behavioral Analysis Unit as they try to stop the most prolific killer in the world.

“Criminal Minds: Evolution” will premiere on Paramount+ on Thanksgiving Day, November 24, with two episodes. Following its premiere, the series will continue to air weekly on Thursdays, until the mid-season finale on December 15. The 10-episode season will conclude on February 9.