Carrie Bradshaw Locations to Get Those Insta-pics

Top "Sex and the City" spots to recreate some Carrie Bradshaw moments for your feed. 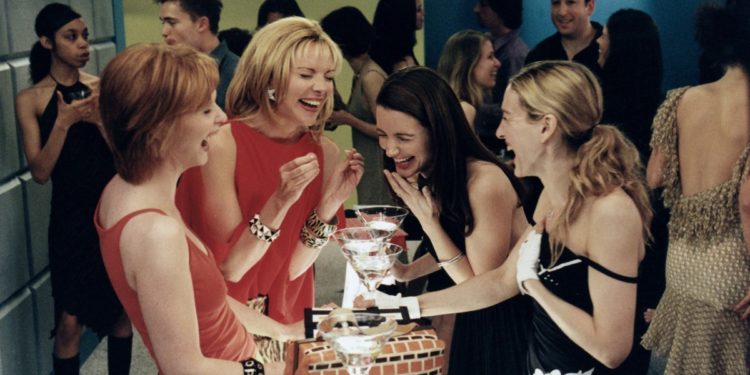 When it comes to memorable NYC television shows, there are definitely a few that come to mind.

But, I argue that none are as influential on the culture of New York City as the one and only Sex And The City.

Sex And The City, with its loud, vivacious and controversial themes and messages really captured the heart of living in NYC as a 30-something empowered female.

Of course, times have changed. But, in my mind, and in many others, this timeless television show still holds a place very near and dear to my heart — no matter how mad it still makes me to think about all the stupid decisions Carrie and her friends made throughout the seasons.

And, don’t even get me started on the movies!

Sex And The City captured the essence of NYC. And, that’s because this show spent a lot of time filming within the five boroughs themselves, unlike a number of other shows that took place on sets or across the country.

And, you know what that means? Instagram photo opportunities!

Yes, to this day you can still visit a number of these nostalgic Sex And The City spots to embrace your inner diva — whether that be Carrie, Samantha, Charlotte, or Miranda.

We’ve gathered a few of the most memorable spots from the show for you to get your photoshoot on. You just have to make sure you look fabulous first! 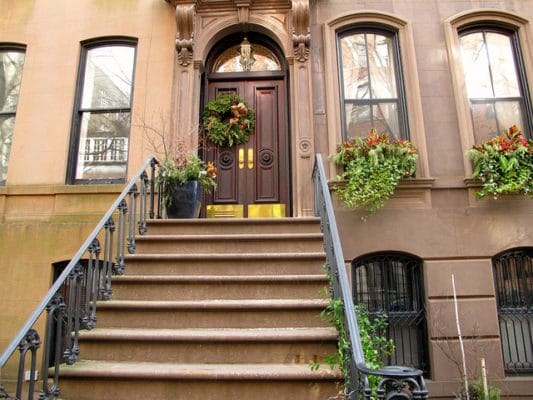 According to the show, Carrie lived at 245 East 73rd Street. But in reality, this iconic brownstone exterior is located in the West Village.

Yes, you read that correctly.

The actual address for this must-visit Sex And The City stop is 64 and 66 Perry Street. The show switched up the filming location by season 3. But, the two spots are still right next to each other.

This is an iconic destination for Carrie Bradshaw lovers. Grab some takeout and take a seat on the steps while your best gal pals snag a not-so-candid photo.

Just be careful — the owners of the building aren’t exactly the biggest Sex And The City fans, so make your visit a quick one and try to be discreet!

Back before Charlotte got married, then divorced, then married again, she managed a gallery in Soho. This site was featured a number of times on the show and is actually home to a real-life gallery.

The Louis K. Meisel Gallery opened in 1973. And, it still stands to this day as a working art gallery!

You and your friends can easily take a train ride down to this Soho spot and have your own photoshoot inside.

But, make sure you channel your inner Charlotte, first!

See Also: Set Your Feed on Fire with the 6 Most Insta-worthy Shots in Nyc

When it comes to Carrie and Big, everyone has an opinion. You either love Big or you hate him. And, in season three, those feelings are surely strongest.

One of the most iconic spots of the third season takes place at The Loeb Boathouse in Central Park.

It’s at this spot where Carrie, trying to stay strong and not fall back into the pattern of making up and breaking up with Big, narrowly avoids a kiss.

But, in the process, she catapults herself into the cold waters of the lake.

It was definitely a cringe-worthy moment. And, one that led to a lot of drama going forward. But, the beauty of this little spot is perfect for a nostalgic Instagram post and classic Carrie Bradshaw caption.

Anyone who is anyone knows about Carrie’s love for the fashionable Manolo Blahnik. I’m pretty sure she mentions the name at least a dozen times every season.

And, while Carrie doesn’t spend a lot of time on camera in this store, it is definitely a place that can give you a boatload of Sex And The City feels.

The fashionista does enter the store a few times throughout the series — the most memorable being when she loses her shoes at a friend’s party after being made to take them off.

If you want to feel like Carrie Bradshaw and you want all of your followers to know it, check out this store. 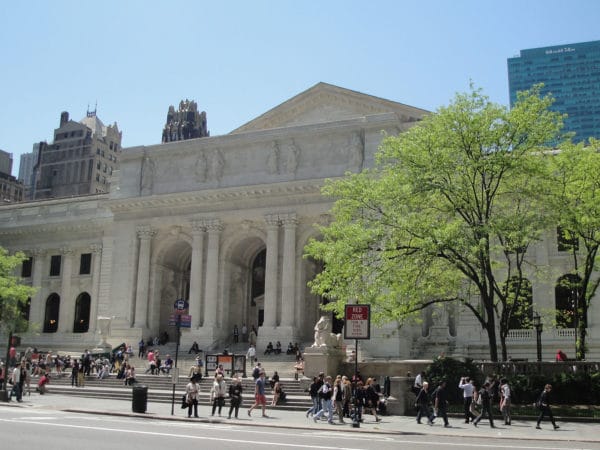 Okay, so I’m going to fast-forward to the first movie. Because ever since I too have wanted to get married in the New York Public Library.

This prestigious institution was the center point of the first movie, with Carrie getting the inspiration to have a wedding in its halls while returning a book.

It is also one of the few filming spots in the city during the first movie, so it makes a statement.

And, in Carrie’s own words, the NYPL is: “the classic New York landmark that housed all the great love stories.”

So you have to pay it a visit!