8 of the Little-Known Female Inventors of All Time 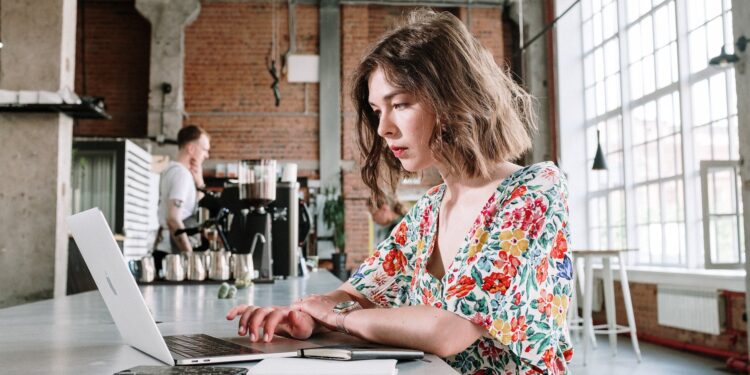 Photo by cottonbro on Pexels.com

We all know that the world would be a very different place if it was not for the genius of inventors over the centuries. Inventors have helped to revolutionize our lives and make huge positive changes to the world, and even today, there are many inventors who come up with great ideas which they then pursue through experts such as InventHelp.

The top inventors over the years have come up with some incredible ideas to help shape the world from the electric lightbulb and the telephone to smartphones and computers. What many people do not realize is that many of the top inventors over the centuries have been female, and these women have helped to make a huge difference in our lives and the world as a whole. In this article, we will look at some of the top female inventors of all time.

Women Who Changed the World with Their Inventions

There are many countless women who have come up with incredible inventions over the centuries, and these have made such a difference in our lives. Some of the top female inventors of all time include:

Anyone who is into DIY or works in construction will know just how difficult life and work would be without the trusty circular saw. Many might imagine that this invaluable tool was created by a man, but they would be wrong. The circular saw was actually created by Tabitha Babbitt back in 1812, and she created this tool after watching many people within her community struggle to use a pit saw to cut wood. In order to assist, she added a circular blade to a spinning wheel, and the circular saw was born.

Many modern homes these days are equipped with a dishwasher, and many people rely on these appliances to save time and effort when it comes to washing up. Of course, few of us ever think about how the dishwasher came about and who invented it – we just know that it has become an integral part of the modern kitchen. Well, the dishwasher as we know it was invented by Josephine Cochran in 1872. Although there were other prototypes at this time, she was the first to create a design that relied on water pressure instead of scrubbing the dishes clean.

A lot of us these days are familiar with alphabet blocks, and many of us will have used them ourselves as children. Many others will have invested in alphabet blocks for our own kids, and they continue to be popular today just as they were decades ago. They are used in homes as well as at educational facilities, and they provide a great way of making learning fun for youngsters. If you have ever wondered who invented these blocks, it was Adeline D. T. Whitney, who invented them in the early 1880s. An author who wrote for people of all ages, she patented an early version of the blocks we know and love today.

Those of us who live in tenement apartments or have visited them will know just how vital a fire escape is. Without this, tenants would face a lot of danger and the loss of life in the event of an emergency would be huge. In fact, in centuries gone by, the loss of life as a result of tenement fires was huge, but this was rectified thanks to the invention of fire escapes by Anna Connelly in 1887. As a result of her invention, one of the first building codes in New York City also came about – the need for residential buildings to provide a second means of escape in the event of an emergency.

The trust ironing board is something that many of us take for granted these days, and we happily iron all the creases in our clothing away without a second thought as to how the board came about. Well, it was invented in 1892 by Sarah Boone, although there were already other patents for folding ironing boards. The difference with Boone’s board was that there was a narrow double-sided arm, which made it much easier to iron sleeves.

Many people with pet dogs will know the ease and safety that a retractable leash can offer when walking or training your pooch. Well, these leashes were actually created back in 1908 by a woman called Mary A Delaney. She said that being able to shorten the leash instantly reduced the risk of dogs “running on the wrong side of lamp posts or pedestrians, thus causing much annoyance to the owner.”

Most new moms would find life very challenging without access to disposable diapers. These make it easier to change baby quickly and conveniently without being left with a load of dirty nappies to wash. Well, this is all thanks to Marion Donovan who invented a leak-proof cover for diapers followed by the disposable diapers many moms know and love today. In fact, her pitches were turned down by many manufacturers, but she persevered and went straight to Saks Fifth Avenue with her ideas – something that many new moms will be happy about!

A lot of people these days use a range of appliances in the home, and one of these is an ice cream maker to create delicious ice-cold treats that are perfect for the warmer weather (and the colder weather!). Well, back in 1843, Nancy Johnson came up with a new invention that was essentially an early version of the ice-cream machine, and this came before freezers even came onto the radar. Her invention was a double-cylinder ice the cream machine that was cranked by hand to make two separate flavors of ice cream simultaneously.

These are just some of the many talented females who have come up with exciting inventions over the years – inventions that a lot of us have grown up with and continue to use today.

How To Choose A Photo Editing App